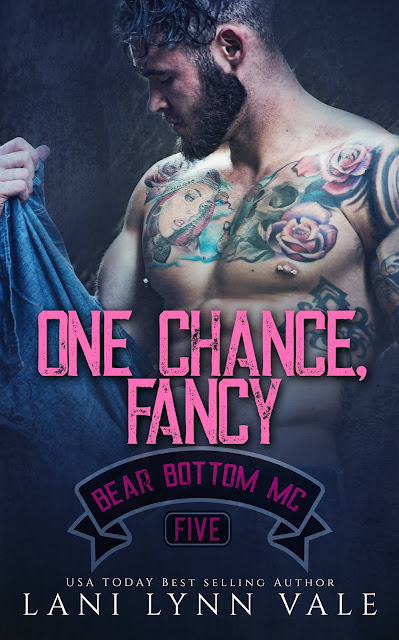 Benson Bayou Beauregard is the president of the Bear Bottom Guardians MC, and the grandson of the Sergeant at Arms for the Dixie Wardens MC. He’s a mountain of a man and the warden of a prison, and there’s only one thing that can scare him—being told that he’s the father of a three-year-old little girl.

A three-year-old little girl that has no clue who he is. Hell, he only finds out about the little cherub when a woman from child protective services comes by and rocks his world before leaving the girl in his shocked arms.

Every single thing he thinks he knows goes up in a cloud of smoke.

To make matters worse, the woman that he’s been trying to convince to give him a chance takes one look at the little girl and tells him that he’s just not in the right place to handle both of them.

But Bayou was never one to back down from a challenge.

He can handle a three-year-old girl that acts exactly like him, and he can more than take on the fiery red-head that sets flame to his blood while he’s at it.

Phoebe was once enchanted by a boy who was a little different. Well he really wasn’t a boy but a young man and now he’s an adult and she’s still enchanted by him. See she has plans, plans that involve him and her. Will she be able to get Bayou to fall for her?

Bayou has always wanted Phoebe but when he met her, she was too young. Years later he still knows he assumes he can’t have her, why would she want to be tied to a man with issues? For a man who thrives on schedules his life is about to change. Will Phoebe be able to keep him calm when his world is turned upside down?

From the start of this series Bayou has intrigued me. What kind of woman would Vale pair him with? The answer to that is the best kind, the kind that fits him and understands him perfectly. Phoebe is a little wild in her own right and doesn’t want to change Bayou at all, she just wants him how he is. One Chance Fancy was a great addition to the series and I can’t wait to see what Vale brings us next.