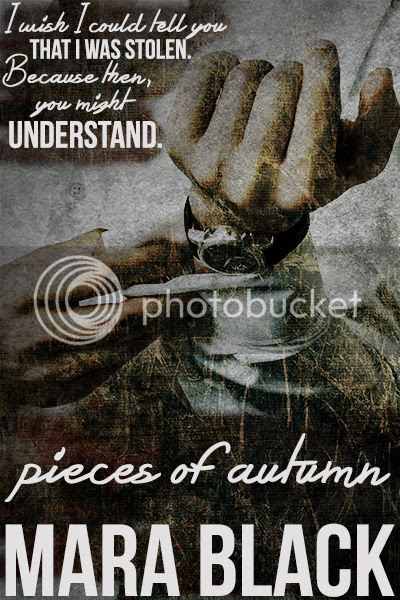 I wish I could tell you that I was stolen.
Kidnapped off the street in some third-world country, sold against my will, while a desperate family back home waited and prayed and talked about me on the news.
I wish I could tell you that, because then you might understand.
What really happened? I walked to my fate with my eyes wide open. But before you say I deserved whatever happened to me, you should know. I was desperate. I was alone. I was afraid for my life. You would have done the same thing.
I thought things couldn’t possibly get any worse.
But then, I woke up in darkness, unable to move. There was only one thing I was sure of: I wasn’t alone anymore.
And then I heard HIS voice...

Mara Black is a connoisseur of love that lurks in the shadows .

Wow. Yet another fantastic book that I have been lucky enough to read lately. When Pieces of Autumn started, I wasn't sure what to expect or if I would even like it. It was a little confusing and a lot was happening that I had to pay close attention to. Autumn lives in a world and time where things have changed considerably. I have no idea of what date, but things as we know them have changed and not in a good way. People are starving and money has no value anymore. Everyday essential items are like gold dust and acquired through various means. Not all good ways either. Influence, connections and power rule the world that we have come upon in Pieces of Autumn.Autumn is a 18 year old girl, living on the streets. She has lost everyone close to her and is struggling to survive from day to day. There is people after her for the things that she has seen, so not only is trying to survive she is also trying to keep hidden. Not easy. Above all the suffering, poverty, deception and chaos. There is an organisation that still seems to thrive. From their ivory tower sits 7 evil, twisted men who run Stoker. Stoker is an organisation who deals in slaves. They plant the seed of a better life into the minds of those who have nothing left. Once they take the bait, they come to stoker sign away their freedom and life and become a slave. Stripped of anything they once were, moulded into a toy and object for those who still have the money to pay, for the luxury of having a slave. Autumn is one of those who can no longer put up with running and hiding. She wants out. Her only friend already went to Stoker, she has nobody left. Only Autumn is different, it would seem she is the best in the newest batch of recruits. Before there was even a chance to start training her, she is given as a gift. She is taken away and finds herself in yet another new and frightening place, all she knows is the whispers she hears surrounding her. Talk of how the person she is being given as a gift to, is the worst kind of person for any new slave to be given to. He is a monster and is well known for his cruelty. More reason for Autumn to be petrified.Upon waking in a barn, Autumn meets her Master. Tate. Apparently the quiet recluse with sin and darkness in his eyes, is well known throughout Stoker. He was one of their best. A headhunter, someone who found the potential slaves, and broke them down and rebuilt them. Only he was ruthless and far too good at it. He also left in a rather dramatic way and still years later is talked about, by everyone. Also feared by many.So begins the story of Autumn and Tate. I'm not going to say what happens between them, as that is what makes this book so amazing. The feeling of not knowing what will happen next, and what will become of the both of them is what made this story so captivating. The writing style painted a picture of a dark world, where small injections of colour came from Autumn. She was spreading the colour with her fiery nature. She remains strong throughout and keeps the reader in awe of what she goes through, yet still keeps the parts that make her unique. Tate is one of those perfect mixes of someone so bad and twisted yet so addictive. You can't help but want more. What will he do next and when? Both of them have been broken in different ways, some worse than others. How this has effected them is shown in their actions towards each other. I truly loved this story. It was a story that fascinated yet surprised me. A perfect mix of a subject I enjoyed yet with it's own unique and different twist on things. The characters were incredible and addictive. Although he ending was satisfying and I loved it, I still wanted more. I had unanswered questions and wanted to see what else they had to offer. Fantastic book!! 5 dark stars.

~ Signed book of Pieces of Autumn ~ 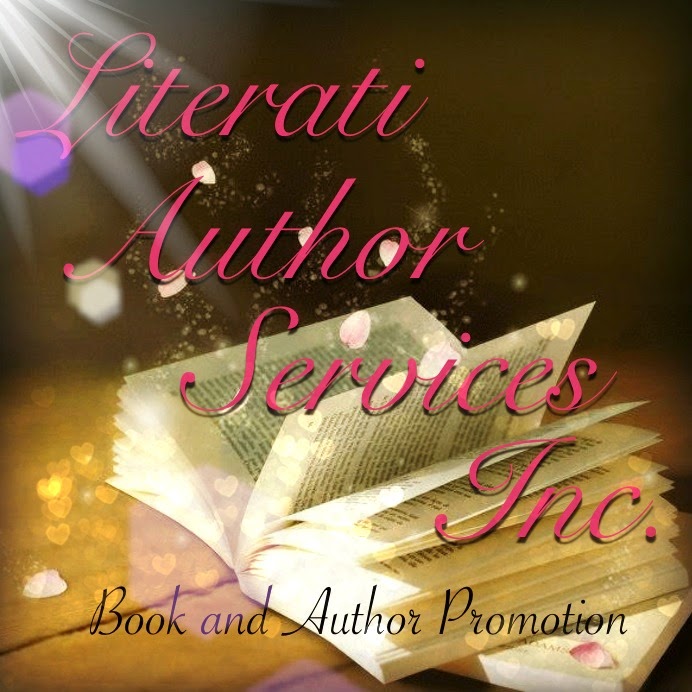 Posted by Louise Seraphim Reviews at 7:12 AM