★Cover Reveal - Because of You - Sam Mariano★ 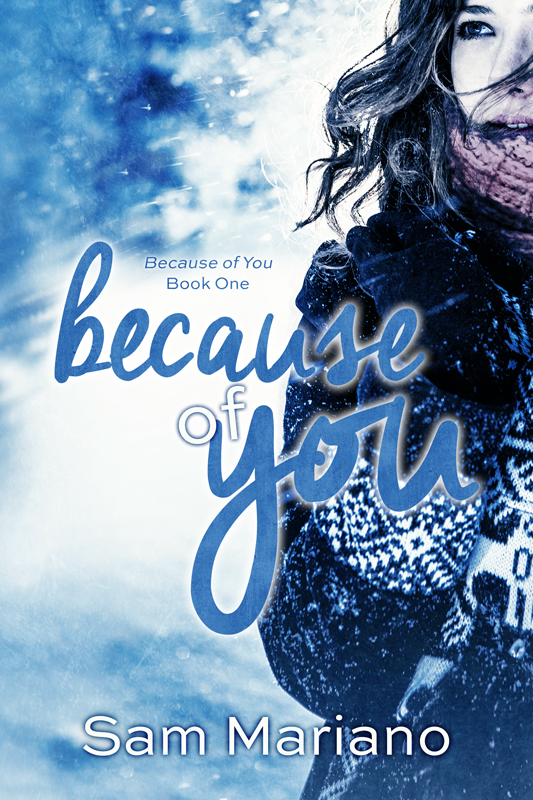 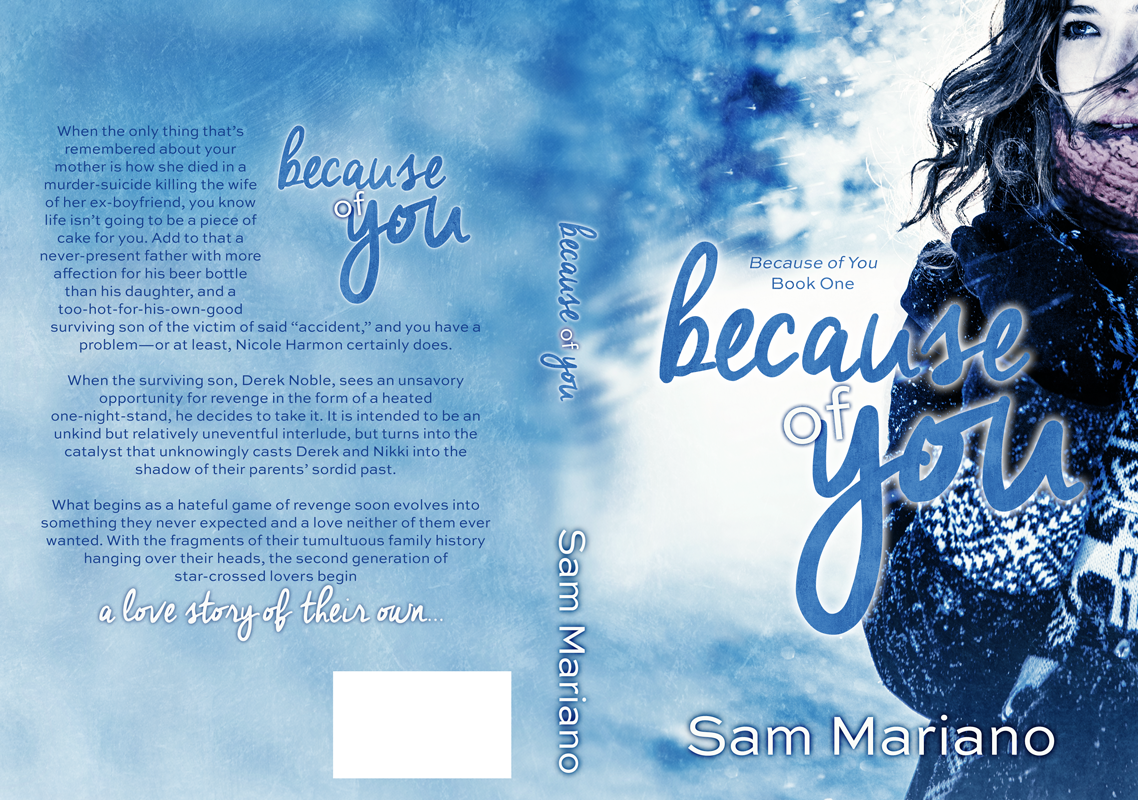 Title: Because of You (Book One)

When the only thing that’s remembered about your mother is how she died
in a murder-suicide killing the wife of her ex-boyfriend, you know life
isn’t going to be a piece of cake for you. Add to that a never-present
father with more affection for his beer bottle than his daughter, and a
too-hot-for-his-own-good surviving son of the victim of said “accident,”
and you have a problem—or at least, Nicole Harmon certainly does.

When the surviving son, Derek Noble, sees an unsavory opportunity
for revenge in the form of a heated one-night-stand, he decides to take
it. It is intended to be an unkind but relatively uneventful interlude,
but turns into the catalyst that unknowingly casts Derek and Nikki into
the shadow of their parents’ sordid past.

What begins as a hateful game of revenge soon evolves into something
they never expected and a love neither of them ever wanted. With the
fragments of their tumultuous family history hanging over their heads,
the second generation of star-crossed lovers begin a love story all of
their own... 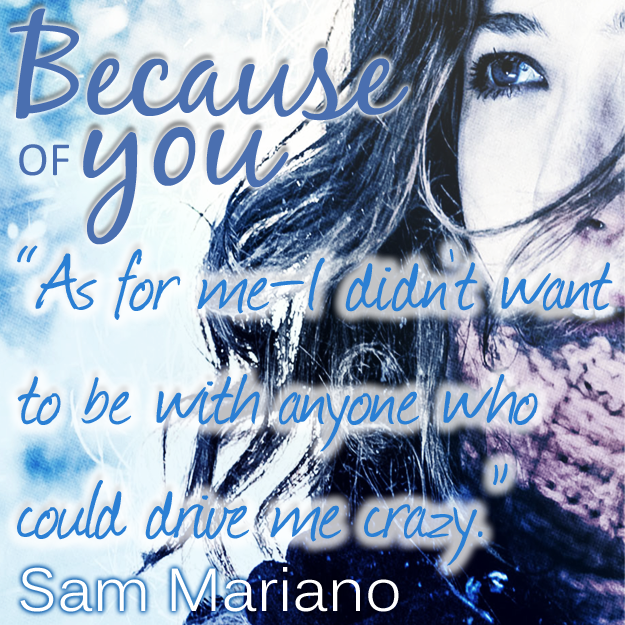 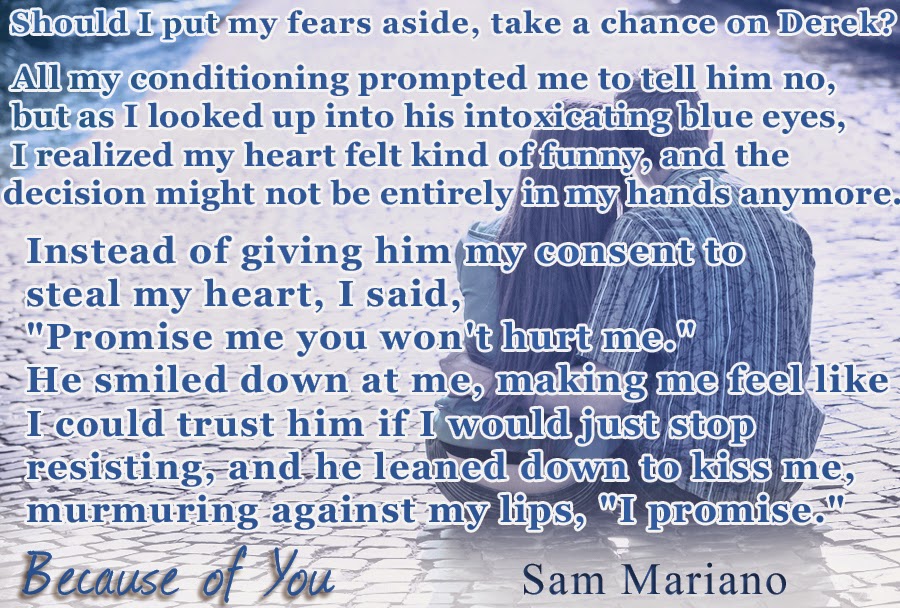 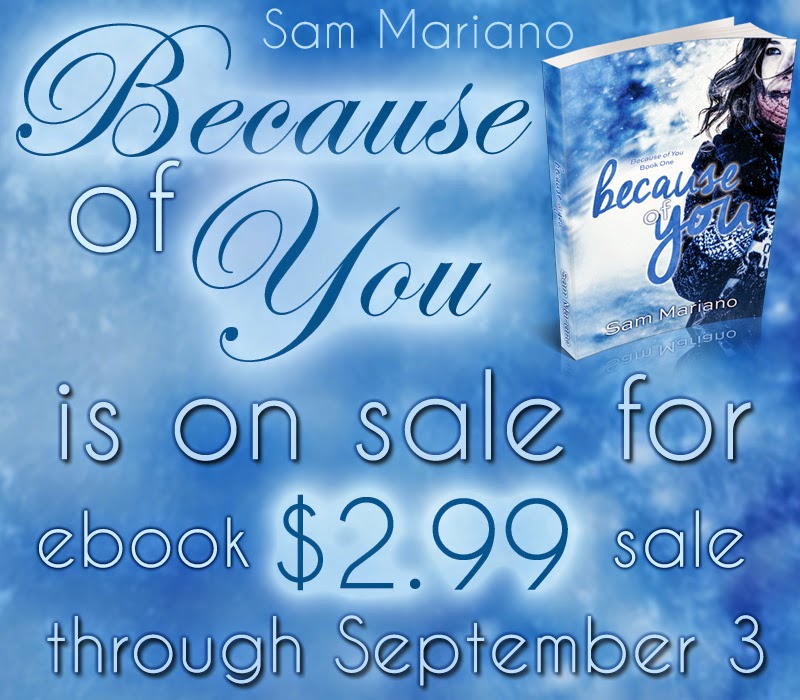 Amazon | Amazon UK | Add it on Goodreads
Paperback on Createspace |And Amazon!

Sam Mariano has been writing stories for as long as she can remember. She lives in
Ohio and has a lovely, book-loving daughter and a super supportive fiancé.

Because of You was her first finished story (she started writing it when she was 18)
and due to a full-time work and college schedule, it took her years to finish.
She has also been telling people for years that there would never be a sequel
(sorry, guys!)…which turned out to be a lie.

In addition to Because of You's sequel, Sam Mariano is currently working on her third book, Irreparable Damage, the first of
her upcoming “Irreparable” books featuring Ethan and Willow. She hopes you will
love them as much as she does—but be warned, that one’s a darker romance!

Feel free to find her on her blog, Facebook or Goodreads—she loves hearing
from readers!

Sam  is also having a Facebook Halloween party--and you're invited! Stop by for fun, games and giveaways!

To celebrate her new cover and thank her readers, Sam Mariano is giving away two $5 Amazon gift cards. Enter until September 2nd for your chance to win!

Posted by Louise Seraphim Reviews at 9:41 AM