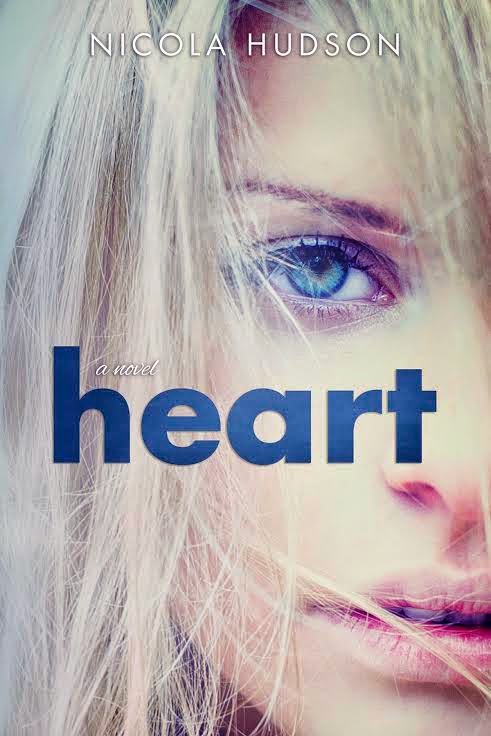 Sometimes it doesn’t
end with happy ever after.

Neve believes Jake is the one.  She is miles away from home, struggling to
fit in at university and missing the people she loves.  The only thing getting her through is the
knowledge that Jake will be visiting for the weekend.

Jake believes he isn’t the one.  His family and lifestyle mean he can’t give
Neve what she deserves: so much more than him.
He arrives for the weekend, knowing that he has to break her heart,
along with his own.

Heart features characters from Nicola Hudson’s first New Adult
novel, Curve, but can be read as a
standalone novel. 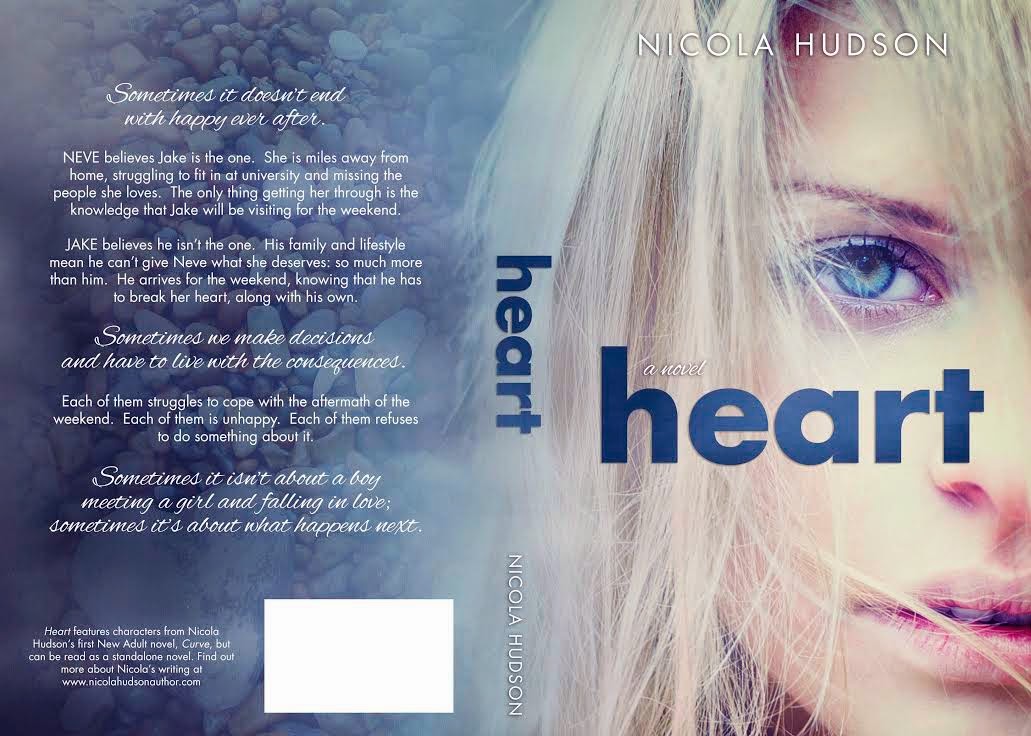 1. The muscular organ
that pumps blood through the circulatory system.

2. The central or most
fundamental part of something: its essence.

4. Slang (verb) To like
something very much, to love.

“Sit down, Neve.”  He never called me Neve.  Ever.
“Why?
Can’t I put some clothes on first?”
“Please, just sit down.”  The quietness in his voice had me worried and
so I obeyed.
Big mistake.
That was the moment I let it happen.
“I can’t carry on doing this.”
“Carry on doing what?  What are you talking about?  Why are you acting so weird?”
“This.  Us.  I can’t do it any more. I want out.”  The bastard couldn’t even make eye contact
with me as he broke, no, shattered, my heart.

Of course I knew it would hurt but I
hadn’t expected it to feel like I was ripping my own heart out.  I mean, I knew it was coming, didn’t I?  What I hadn’t thought about was what it would
do to me, seeing her hurt like that.  I
know her too well to fall for the angry mask she tried to conceal her hurt
with.  That was the moment I felt like
the biggest bastard in the world.  That
was the moment I almost relented and took back the lies I had spoken.  I just wanted to take away the pain I had
caused.
But it’s better if she feels angry;
it will distract her from the hurt.  And,
as tempted as I am to pick up my phone and make it all better again, I
can’t.  I have to stay strong.  For her.
This is all for her.
It always was.

It always will be.

Nicola Hudson is a British author who lives in Birmingham, England.
She is also a full-time high school English teacher and avid reader – her taste runs from New Adult novels to the classics.  Her dream day involves reading, writing and plenty of chocolate.