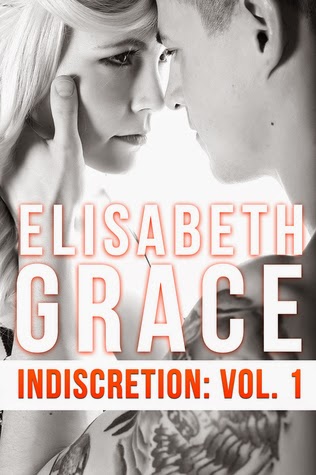 Wow! that was a great start to this novella series. I love novellas, they are short, sweet and get straight to the point without all the fluff and filler. To me, if it's a good novella, I will devour it swiftly and be ready for more straight away. This was a perfect example of that.
Chloe Griffins is gorgeous yet focused entirely on her career and her sister. Her sister has always been everything to her, as she was her replacement mother for so long. Now her sister has graduated and is off to college and Chloe has only her job to focus on. Her best friend is getting married and Chloe organises her bachelorette party, it's at this party in a swanky club in New York, that she decides it's about time she had some fun. She hasn't been with anyone since her ex cheated on her, and she decided she didn't need the hassle of men. After being without a man or any fun for so long, she thinks that night would be a good night to let loose. That's when she collides, literally with Max. He is stunning and just what she needs. After a crazy and intense evening, Chloe runs and puts her evening of fun far behind her and out of her mind. She doesn't live in New York so no need to bump into the sexy and smouldering Max. That's what she thinks.
It would seem that fate wants to intervene on this one, when Max rocks up where Chloe works, and it turns out they have quite a bit in common. So follows some hardcore chasing, that Max does extremely well. Chloe doesn't think she needs the enigmatic and sexy temptation of Max in her life in any way, but he tries to prove her wrong.
I love the chemistry between these two. Considering it's only 70 ish pages, we have been introduced to both characters and they have gotten under each other's skin perfectly in that time. It just starts to heat up when this comes to the end, so I'm extremely excited to get on to the second volume. An awesome start to what looks to be a hot and steamy series with some addictive characters.

**I was kindly given an ARC of this book in exchange for a fair and honest review**
Posted by Louise Seraphim Reviews at 11:14 AM