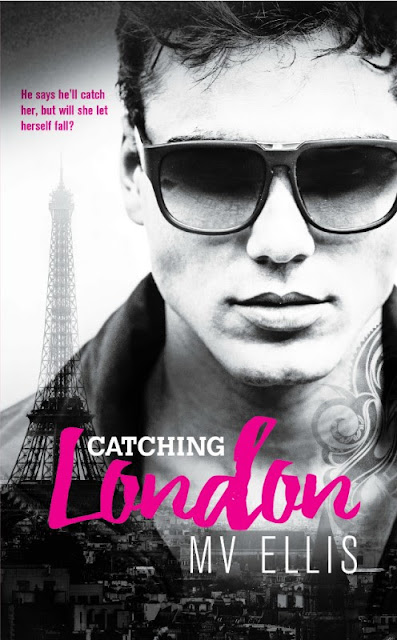 He’s not looking to change his bad boy ways.

Arlo Jones is a badass millionaire rock star with the world at his feet. He lives the “sex, drugs and rock ‘n’ roll” lifestyle to the max, and believes in working hard and playing harder. He’s a man who always gets what he wants, especially when it comes to women. Until he meets London.

She’s a damaged dancer not looking to fall.

All London Llwellyn wants is to rebuild her life following the tragic car accident that robbed her of her fiancé, and ended her career as a professional ballet dancer. She’s working two jobs to scrape together the cash to set up her own studio, and reinvent herself as a photographer. The last thing she wants is to get involved.

Arlo promises to always be there to catch her, but can London trust him enough to let herself fall?

“The playboy and the broken girl, 4 stars”

Arlo can rock a stage like it’s nobody’s business. He also makes it his mission to rock women as well. I mean what’s the point of being the lead singer in a world-renowned rock band if you don’t, right? That is until he meets London. Once he met her it was all down hill for him and he was ready to be committed but London has some hang ups. Will he bust down those walls or will both their pasts bite them in the butt?

London thought she had it all two years ago. She had her dream job and the man she was going to spend the rest of her life with. Until it was all ripped away. Now she’s just trying to save up for her next career and working two jobs. She has no time for guys. When she meets Arlo she has no idea who he is but the sexual tension surrounding the two is strong. Will she take a chance on the rock star or will she deny herself what she really wants?

I genuinely liked Catching London. Although there were a lot of times I straight up wanted to slap London upside the head. The girl was her own worst enemy. Poor Arlo didn’t know what he was doing but he was trying his hardest. The opening scene and the cause of why they met would totally give me nightmares, so I don’t blame the girl. Its giving me the hibbie gibbies just thinking about it. *shivers* The only other thing I had a problem with is the book started off with secondary characters and then they just kind of faded way. They were still there but they didn’t interact with them and I found it slightly strange. Nonetheless Catching London was a solid quick read.

MV ELLIS knows what it’s like to fall head over heels in love with a badass musician. She followed her heart halfway around the world to be with one. She moved from London to Sydney after a steamy holiday romance with a sexy bass player in sultry Brazil.

Twelve years, two children and a dog later, and she’s still smitten. All this with a guy she sat next to on a bus for 36 hours! She has toured internationally as a “WAG,” and her experiences inspire her writing.

Ellis’s love of romance began when she was 11 years old, after a summer spent secretly reading her auntie’s books. She’s been a sucker for an alpha hero and strong heroine ever since.

An avid reader, Ellis always knew she’d write a book of her own one day. She was right about that. Following a career spanning advertising, marketing, and social media, she finally wrote Catching London in 2017.