Evelyn is a pivotal character in books 1 and 2 of the Fallen Angel Series.  In books 1 and 2, readers learn a little of her background, how she met principal characters Robert Stone and his best friend Travis, and how she became such an integral part of their lives.  But that is far from all there is to know about this wonderful character. She has her own story to tell, and it's a powerful one.

If you've read the Fallen Angel series, you know that every character has secrets ~ sometimes bittersweet, sometimes utterly devastating, even tragic; and as their secrets unfold, the story deepens with a passionate intensity, weaving the characters' lives together with bonds that cannot be broken.  In every character's life, choices must be made, and very often the past not only determines the choice, but produces its outcome, especially given the complexities of "family culture" explored in the Fallen Angel series.

Contemporary romance for readers over the age 18. Although part of the 5* Fallen Angel Series, this novella can be read as a standalone.

How hard is it to love the daughter of the man who holds your fate in his hands? And once you fall, how hard is it to keep your love a secret? Which is the greater threat to them both, to keep their secret, or to admit and fight for each other?

Evelyn and Rocco are forced to accept a life of secret meetings, lies, love and loss. Few relationships can survive it, and not every romance has a happy ending. But if there is a chance....... is it not worth a try?

“I need to get you home, Evelyn, it’s getting late,” he said, softly.

“I don’t have a curfew, Rocco,” I protested.

“No, but if we stay here any longer, I’m going to do something we both might regret.”

He might as well have just stabbed me in the heart.  I closed my eyes and let my forehead fall to his chest.  Why would he regret this?  I moved away from him, pulled my hand free of his and turned to walk back the way we came.  He didn’t follow me immediately but it wasn’t long before I heard his footsteps.  I arrived back at the car and waited for him to unlock the door, open it and I climbed in without looking at him.  We drove the short distance home without speaking.  As the car pulled to a stop I reached for the door handle.  I felt his hand on my thigh and I stilled.

“Wait, you misunderstand me,” he said.

“What do I misunderstand, Rocco?  You kiss me like you mean it.  You tell me ‘soon’ and leave me for days on end.  You play me like I have no feelings,” I replied, my voice rising in anger.

“Then why don’t you?” I whispered.

“Because your father would kill me.”


Tracie Podger currently lives in Kent, UK with her husband and a rather obnoxious cat called George. She’s a Padi Scuba Diving Instructor with a passion for writing. Tracie has been fortunate to have dived some of the wonderful oceans of the world where she can indulge in another hobby, underwater photography. She likes getting up close and personal with sharks.

Tracie wishes to thank you for giving your time to read her books and hopes you enjoy them as much as she loves writing them. If you would like to know more, please feel free to contact her, she would love to hear from you.

~Connect with Tracie and Fallen Angel Fans on Social Media~


Available in ebook and paperback....

On the first day of her holiday to Washington, DC, Brooke Stiles meets Robert Stone.

Dark eyed, damaged and dangerous - Stone has never had a normal relationship for fear of his past being exposed. Not knowing how to respect nor love, he struggles with his feelings for a woman who makes him question everything that he is.

Brooke falls in love with him and as their relationship grows she learns who he really is. Her future is set. She is to heal her man and mend his broken soul. But can she do the one thing that he asks?

This is a story of an ordinary woman who falls in love with an extraordinary man and has to discover whether she is strong enough to forgive him his past.


When Brooke Stiles had said, “It was in a small room in an office block in Washington, DC, that my life changed, forever,” she had no idea of the enormity of that statement. Just a few short months ago, Brooke, had lived a quiet suburban life in the UK. She now owns a closet of clothes she could only dream about and has been swept off her feet by trouble with a capital T. Once Robert Stone came to terms with the fact that he was in love with Brooke, he knew he could never let her go. Not letting her go means introducing her to his life, past and present. However, when Robert’s past and present collide, Brooke does the one thing that Robert begs her not to. Does it change her? Has that light that he sees in her eyes been extinguished? This is a story of an ordinary girl who finds the strength to become the extraordinary woman, and keeps her promise to the man she owes her existence to. 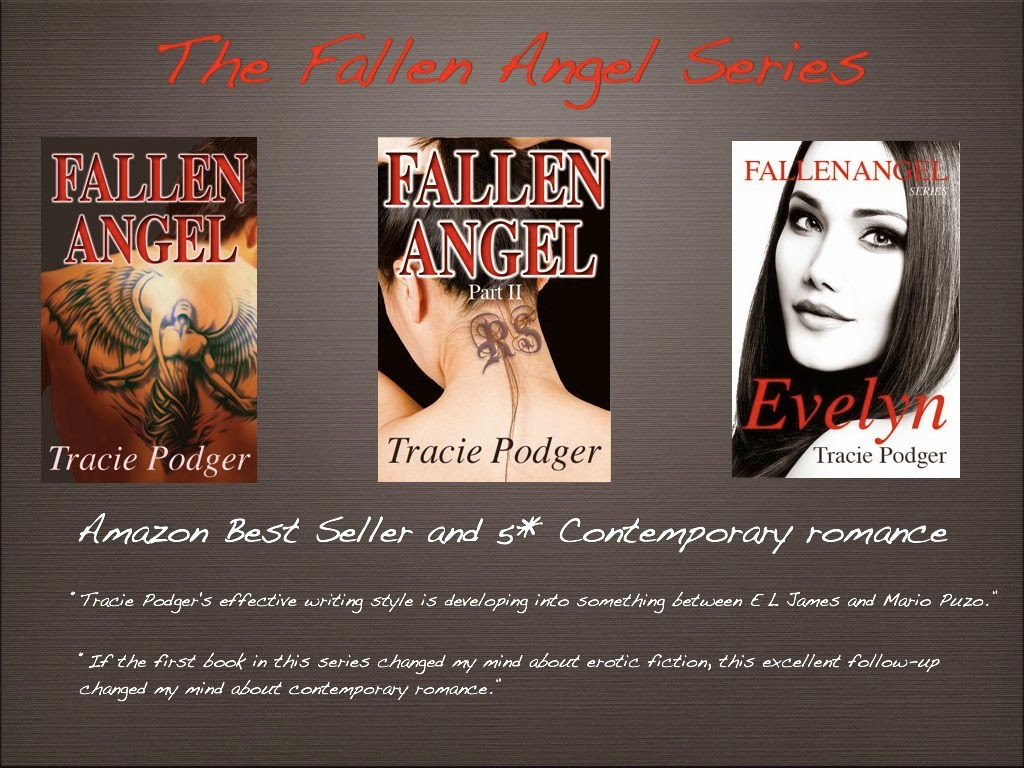 ~ The Fallen Angel Series Continues With...~ 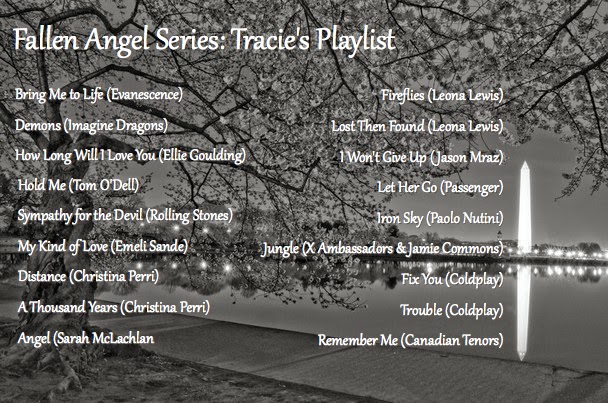 -
Posted by Louise Seraphim Reviews at 6:00 AM