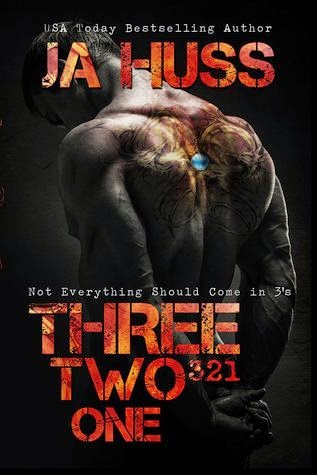 Battered, barefoot, and huddled under a bookstore awning in the pouring rain, Blue only knows one thing. After fifteen months of captivity, finally… she is free.

Self-made millionaires JD and Ark are not out to save anyone when they stumble upon a wet and shivering girl one early Sunday morning. But when you sell sex for a living and salvation rings your bell… you answer the call.

After years of searching, love lifts the veil of darkness, and three people—with three very big secrets—find themselves bound together in a relationship that defies the odds.

This trinity might be perfection… but not everything should come in 3’s. 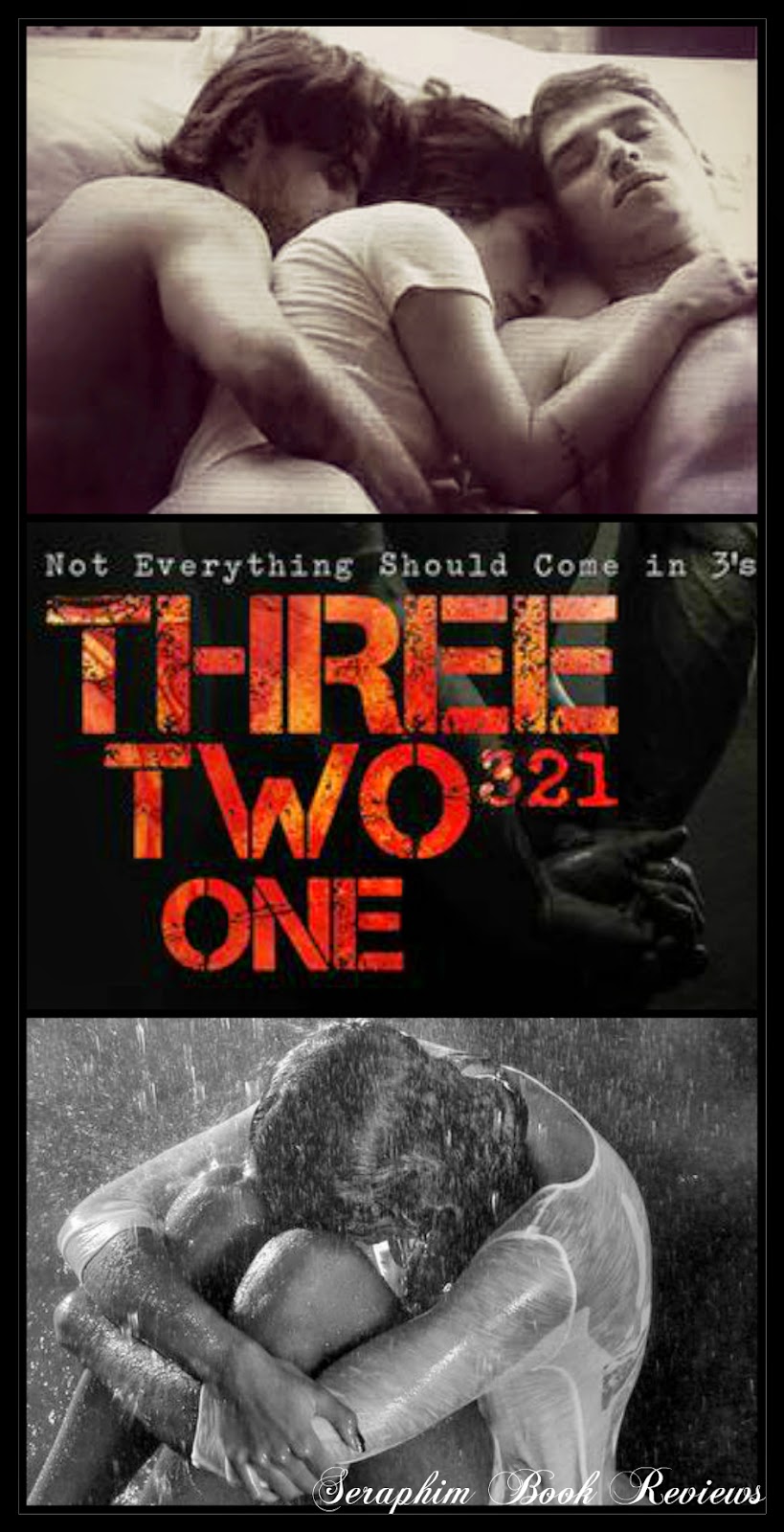 One cold, wet morning Ark and JD stumble across a girl in the street. Hiding out by a store. She is wearing a skimpy summer dress, no shoes, and is soaked through, freezing. She is also scared, looking like she has been dragged through hell.

Both men feel compelled to go to her, when they see her. Ark seeing her first (important factor in the story) followed by JD.

So we know that Ark & JD, are both stupidly gorgeous, but total opposites of each other. Ark with his dark hair, eyes, and brooding, deep appearance. JD is blonde, blue eyes, warm smile for everyone.
Ark and JD run their own business, but this business is not conventional. It's made them a huge ton of money, but they had to work for it, and the work they have done is lacking in morals, standards, perhaps even conscience.
I won't go on to say what they do, but they want to help Blue. They see a troubled girl, and want to know what happened to her. They make her an offer, something that will get her some quick cash.

I have nothing. Literally nothing but the dress and panties I'm wearing and the two hundred dollars. That's not enough to make a difference. But five hundred more can. Five hundred more changes everything for me.


Blue is overwhelmed, she has been held in captivity for fifteen months. She is now free, and she has no idea what to do. The things that were done to her, have changed her considerably. She is nowhere near the person she used to be. She is now frightened of many things, many situations, and most people. But now, she also has different needs. The abuse inflicted on her, has now left her craving different things. It's normal to her now, it's the way she has been conditioned.

"We're going to start from the beginning, Blue. So long as you keep talking, I'll keep touching. And if your story rings true, if you tell me real things, I'll give you what you want."

So, Blue heads to the stunning penthouse of these two gorgeous, rich, and secretive strangers, and from there on, nothing will ever be the same, for any of them.

I absolutely loved the sound of this book, 1-clicked it straight away, but just couldn't get around to reading it. Lacking the time. I had to hear everyone else talking about it, a huge mix up of opinions. Some loved it, some hated it, and some just couldn't understand it.
So I finally started it the other night, and I was stupidly excited. The start packed a punch, and I was happy to think it was going to be fast paced, dark, edgy, and exactly what I hoped for.

I must admit, I did have my own little issues with parts of it. I found the characters to be confusing sometimes, maybe it was just me. But I thought they were a little up and down, running hot and cold, with what they wanted. One minute madly in love, then all of a sudden that would change. But like I said, that could of just been me. The ending took a huge turn, and suddenly the pace picked up big style, which was good but I got a little lost on the ride. I had to keep re-reading paragraphs, just to try and get my head around what was going on. But, I will say I ended up staying up reading this really late, so it could of been my sleepy, foggy head, not making sense out of it, where I normally could.

Despite those little things, I did absolutely love this story. It was unique, clever, incredibly twisty, and stupidly hot. The intensity and full on dirtiness of the sex scenes, in this book were smoking hot. They weren't conventional, and perhaps not to every bodies reading taste. But, the atmosphere in those scenes, were thick with heavy arousal. I actually loved how different they were. When you read a stupid amount of books, with 99.9% of them having a looooot of sex in. It's actually a breath of fresh air, to find a book where things are shaken up, and a little different. Probably why I love dark books, where nothing is boring or repetitive.

It wasn't just the sex scenes that were different, and clever in this book. Everything about it was incredible. From the captivating writing, that literally had me glued to every word, and unable to stop reading. To the story, which was really different, it pushed boundries, which made it different and addictive. I couldn't even work out all the twists, turns, and secrets beforehand either, I was floored by certain reveals. They were really clever, and thought out well.

The characters were perfect, I wasn't overly keen on JD, no idea why, but right from the start, I wasn't sure about him. I think, because he was the lovable rogue with his sexy smile, his ability to have all girls dropping their panties within a 5 mile radius, I just didn't trust him. He was a fantastic character, don't get me wrong. But he wasn't my choice. I loved Arc, he was perfect. Dark, mysterious, firmly in control of every situation. Hiding behind his camera. Watching everything. He was my favourite by far.
Blue, hmmm I loved so much about her, and was annoyed by her in equal measures. I loved her character, but I felt she played both the men, like the innocent act, could of been just that, an innocent 'act'. But, she was still fantastic to read as a main character.

It's the most beautiful moment I've had in my entire life.
She is not one lost girl.
We are not two best friends.
We are one trinity of perfection.


The ending was wow! Just that. Shocking, sad, but ultimately, really good. I was satisfied with how it all played out. An awesome good read. Well recommended to those who like their dark and twisty stories, and like things a bit risky and different.


My heart is shattered. Not in two pieces, but three.

Posted by Louise Seraphim Reviews at 10:47 AM