Sometimes love can be cruel. Not that Roxane has fallen in love but the one man she found interesting has crossed from her personal life into her professional one which makes life complicated.

Parker Williams doesn’t take no for an answer, not that Roxane would deny him anyway.
He has his own set of rules that must be followed while hers are being crossed through like a to-do list.

When a person falls in love, it’s supposed to be easy but it’s much more complex than either realized it could be.
Roxane’s control is slipping along with every opinion she had about love. This time, it feels different. This time, it finally feels right.

Slowly she realizes how much is at stake, but she is only concerned about losing one thing—her heart.

"Are you fucking kidding me, Rox?" Stacey screamed into the phone. There was music blaring in the background, and I heard the clicking of a camera lens and loud flashes. I could only imagine how many umbrellas were set up for the shoot. She was at her next spread for Cover Girl, but decided to stop the presses just for me.

"I wish I were," I said, remembering his lips on my thighs and the taste of him in my mouth. "He’s intoxicating." My words seemed to drift away into the open space of the car as I accelerated onto the 610 Loop.

"Oh my god," she said. "The airiness in your tone, the pauses between your sentences—you fucking liiiiiiiiike him, don’t you?"

I couldn’t admit that, not right now. It was too soon, way too soon. Actually, only hours after the incident, as I now termed it. I couldn’t even tell Stacey what exactly had happened, just that something had happened. Her imagination was dirty, so I’m sure she could figure it out with just a few hints. Honestly, if I even said a peep about it, or about how Parker Williams made me feel, she would be declaring her victory. I might as well just hand her the crown.

The incident had shifted everything I once thought I believed, and everything I had tried to avoid. I couldn’t deny that when I closed my eyes, his face was the one I saw. Those piercing blue eyes were burned into my retinas. I knew the smile permanently attached to my lips existed for one reason. Or if one wanted to get technical, it was the messy brown hair, blue eyes, and that sexy voice that almost made my knees go weak.

Was I having a revelation?

Yes, I was having a revelation. Maybe I wasn’t in control of how I felt anymore? But that couldn't be. Not after being with someone only once. The chase was over, wasn't it? Fuuuuucccckkkkkk me! The heart was trying to control me, but I couldn’t let it. Even the heart had weaknesses. Love was the equivalent of stabbing a dagger into a heart and twisting. Okay, maybe it wasn't that dramatic, but it felt like it to me.

"No. Of course not," I said after a long pause. I was lost in my thoughts, and Stacey, being the way she was, noticed.

"I wish I could see your face right now, because I know you’re lying. I know you are trying to feed me lies, Roxane VanBuren, and I’m not having it. I want every single dirty little detail of what happened, and not just, ‘we moved to second base,’ got it?"

A man’s voice yelled in the background about how models should get off their damn phones and actually work today.

"I’ve got to go. Darrell is being such a douche. I swear his glitter panties are in a knot right now … but this isn’t over."

More yells followed, and she said her goodbyes after cursing loudly that it was an emergency and people needed to shut the hell up.

My heart raced at the thought of what was happening to me. I had to deny this at all costs. I couldn’t be in like. I had never fallen for someone so soon. No way. And if I started admitting it, even to myself, it would be trouble.

I knew it sounded so silly to be in like, but it was the first step to love. All I could think of was that stupid childhood chant that we all sang to agitate people who were in like. Roxy and Parker sitting in a tree … next thing there would k-i-s-s-i-n-g, love, then a baby in a baby carriage. Hell no. No. There were no babies in my future. 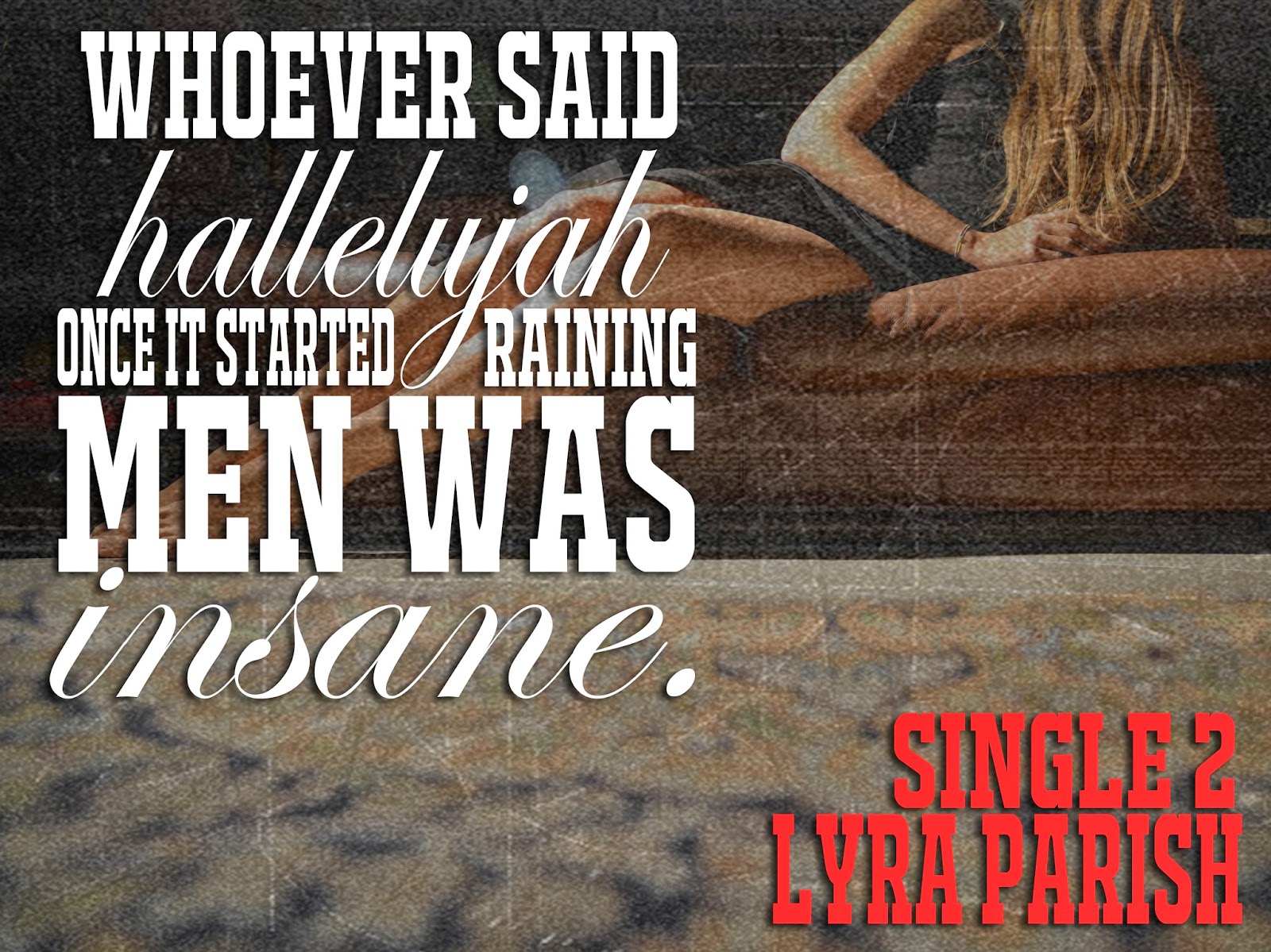 After failing miserably at love, Roxane VanBuren swears off men but not before her determined best friend shows her all the advantages of being single. After a wild weekend full of sex, old-flames, and secrets, Roxane is desperate to forget it ever happened. But she learns it isn't that easy.

Since becoming the President of VanBuren Investments, she knows how important it is for her professional and personal life to remain separate from one another. If the two were to mix, the rumors could possibly ruin her reputation, which is bad for her and bad for business. To avoid that, Roxane allows rules to define and guide her every move. Unfortunately for her, Parker Williams is determined to break them all, one at a time. 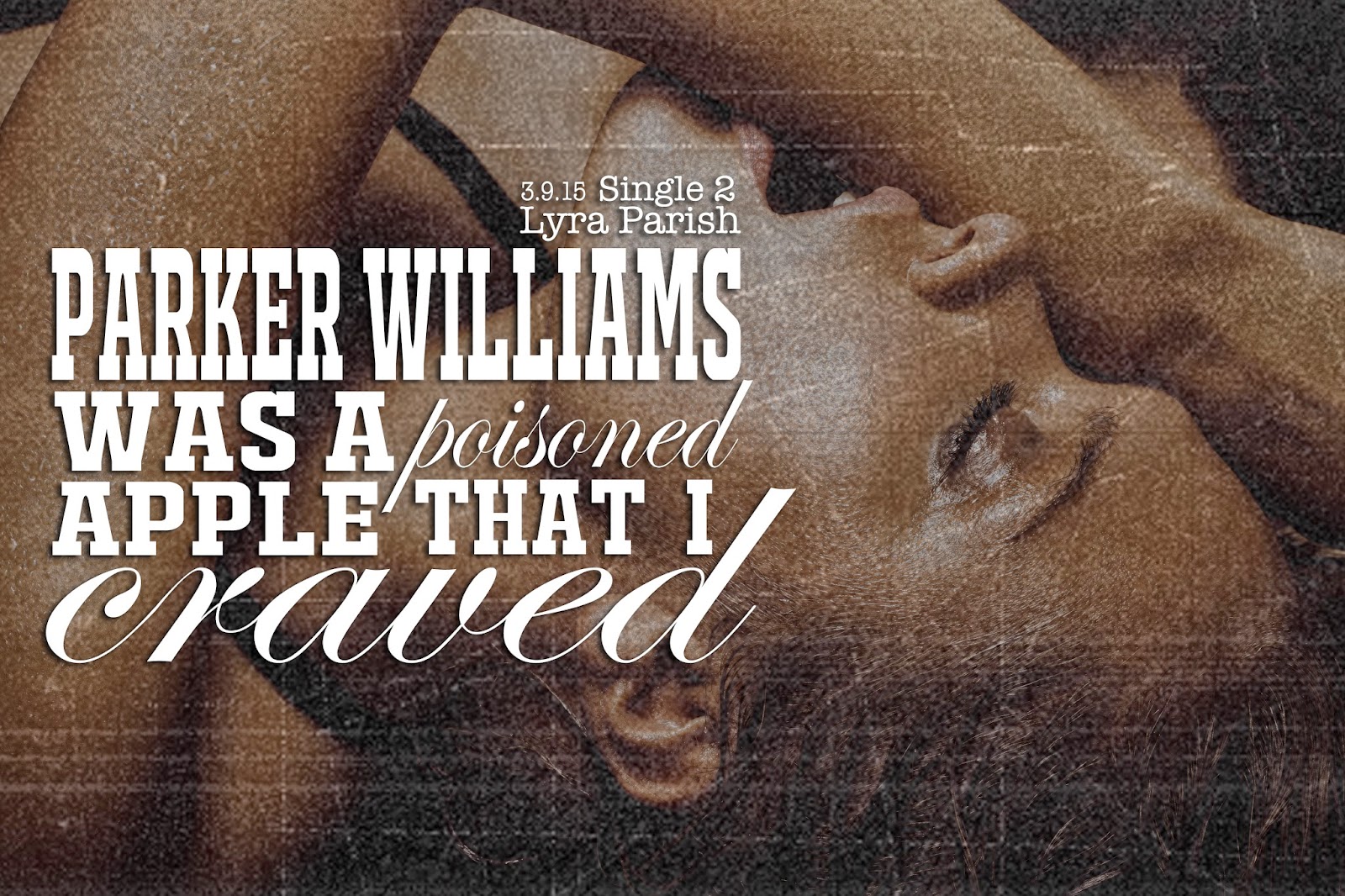 
Single, Volume 2 is the second chapter in this novella serial, and things are starting to hot up and get even more complicated for Roxane and Parker.

What seems to be the hardest thing for Roxane and Parker, is to keep their hands off each other.
Considering how Roxane is adamant that being single is what she wants to remain. Work is her life and she doesn't need the stress of a relationship. Yet she is finding it harder to stick to this mantra of hers.
Parker is making it almost impossible for Rox to say no. He is breaking through her carefully constructed walls, with his charm, honesty, panty dropping looks and attitude. Poor Rox is struggling.

I did get a little confused at one point, Rox didn't want Parker for anything more than fun, and he wanted more. Yet somehow it changed to Rox declaring she wanted more, and Parker holding off until he was sure. A hell of a lot of frustration was flying around, and making the atmosphere incredibly intense. I was practically biting my nails waiting for them to get down to it!!

I absolutely loved Parker, he was so gorgeous, and exuded power and control. I loved the way, he managed to stick firm with Rox and how he wouldn't sleep with her, even though he had every opportunity to. Which made Rox even more desperate to get her hands on him.

Roxane was also a fantastic character to continue following in this series. She is completely in control, gorgeous, focused, and knows what she wants. Well, that is until Parker came along.

This novella was action from start to finish, with some great lines, stupidly hot foreplay, and a few dramatic little twists too.

If you want a quick, easy, and crazy hot read. I highly recommend this book, and series.

Lyra Parish loves to write, travel, and sing obnoxiously loud at the top of her lungs in the shower. Sweet love stories (along with the dirty ones) make her gush. She is a firm believer that a person can never have too many cats, cups of coffee, or read too many happily ever afters. When she isn't busy writing, she can be found sipping various beverages from her non-alcoholic drink buffet, pimp slapping excel spreadsheets, or riding her bike. Lyra currently resides in Texas with her glass blowing, guitar playing hubby and black cat.

Posted by Louise Seraphim Reviews at 9:25 AM