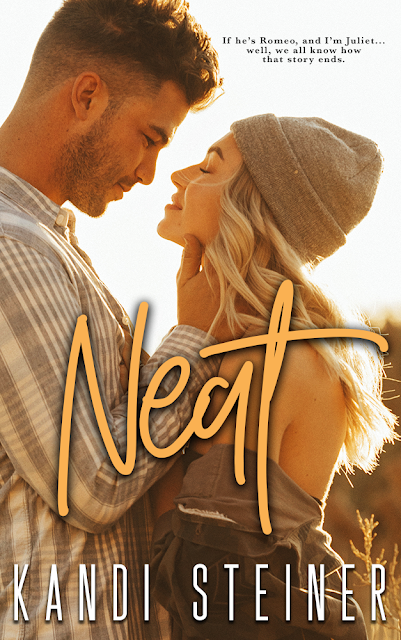 My life is over.

I swore I would never work at the whiskey distillery with my last name on it, that I would never be a part of my father’s legacy. But when I graduated with my art degree and realized there were no jobs, the devil appeared, and I sold my soul, agreeing to work in the family business if he’d give me the art studioI’d always dreamed of.

It can’t be that bad, I thought.

Until I realized my new boss was Logan Becker.

The Becker brothers have a reputation for being trouble, and since I love trouble, it’s no surprise to me that I’m infatuated by that forbidden fruit the first day I walk into the distillery. That lean, whiskey-eyed, too-hot-for-his-own-good man hates me — and I can’t blame him. His family has been at war with mine for decades, and for good reason.

The Beckers and the Scooters are the Montagues and Capulets of Stratford, Tennessee.
But if he’s Romeo, and I’m Juliet? Well… we all know how that story ends — and for that reason, I tell myself to steer clear.

Because if my father finds out I’m falling for Logan Becker, my life actually will be over.
And Logan’s will be, too. 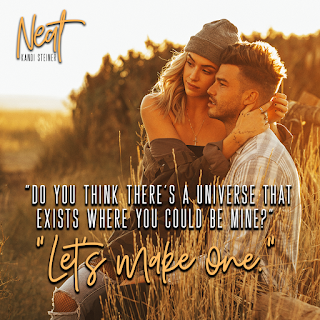 “So… I guess we should just be…” Logan swallowed. “Friends?”
The way he asked it, the way his eyebrows bent together, his lips flattening — I knew it was a hollow offer.
I nodded. “Sure. Of course.” A smile that felt like a wave of nausea found my lips. “Friends.”
Logan watched me, and I watched him, both of us waiting for something more. It seemed like there were a million unborn words between us, floating in the air, waiting for us to reach out and grab them and bring them to life. When a long moment of silence had passed, Logan bit the inside of his cheek, picking up his highlighter he’d abandoned on the desk when I’d walked in like he was ready to get back to work.
“But,” I said, and his eyes snapped to mine, the highlighter frozen over the page. “I mean… there’s another option, isn’t there?”
Logan dropped the highlighter, leaning back again. “There is?”
“I’m just saying,” I said, voice shakier than I wanted it to be in that moment. I took a sip of my coffee, shrugging. “What if we kept things low key… casual… just between us?” My eyes found his again. “It is what it is, and it’s not what it’s not. Right? No need for anyone to know.”
“Low key,” Logan repeated, like he was tasting the words, checking them for poison with his tongue. “So, friends… with benefits.”
I snorted. “If you want to be twenty-one about it, sure.”
Logan nodded, over and over, just a slight movement of his chin up and down as he considered it. I watched him as he stood, and I expected him to start pacing the office, but instead, he crossed it, closing his door and turning to face me.
His eyes swept over me, sparking a fire low in my stomach.
He wet his lips.
He took a step.
And then I was out of my chair, meeting him in the middle, the two of us crashing together like magnets.
His hands weaved into my hair when he captured my mouth with his own, both of us sighing on an inhale, moaning on the exhale, leaning into each other like we could somehow melt together completely. All the electricity I’d felt that night came back like a tidal wave, and I surrendered to the waves, letting them drown me. I wanted him to fill my lungs, to conquer every breath, to imprison me.
It was a kiss that told me we were both lying. We both wanted more.
But if it was a choice between this, or nothing at all?
There wasn’t a decision to make — not where I was concerned. It had already been made for us, without either of us having a say, without either of us having an ounce of control to throw this story in another direction.
We were inevitable, me and him.
And maybe we knew it from the start.
Logan backed me up to the desk, and when my ass hit it, I hiked both legs up, wrapping them around his waist and squeezing. He hissed, sucking my bottom lip between his teeth and releasing it with a pop, his hips rolling against mine. I broke the kiss to let out a gasp, and his mouth was on my neck in an instant, sucking and biting, my eyes rolling back at the contact.
He paused with his lips by my ear, breathing heavy. “I think this could work for me,” he whispered, running his tongue over my ear lobe. “This… friends agreement.” His hands squeezed where they held my hips, and the familiar pressure sent flashes of Saturday night barreling through my memory. I gasped, mouth still hanging open when he kissed my neck over to the opposite ear to whisper again. “What do you think?”
Against the voice inside me warning me not to, I ran my fingers through his hair, gripping those dark strands and pulling his lips back to mine.
That kiss was an answer.
That kiss was a lie.
And distantly, I realized that kiss might be the biggest mistake of my life.

Kandi Steiner is a bestselling author and whiskey connoisseur living in Tampa, FL. Best known for writing “emotional rollercoaster” stories, she loves bringing flawed characters to life and writing about real, raw romance — in all its forms. No two Kandi Steiner books are the same, and if you’re a lover of angsty, emotional, and inspirational reads, she’s your gal.
An alumna of the University of Central Florida, Kandi graduated with a double major in Creative Writing and Advertising/PR with a minor in Women’s Studies. She started writing back in the 4th grade after reading the first Harry Potter installment. In 6th grade, she wrote and edited her own newspaper and distributed to her classmates. Eventually, the principal caught on and the newspaper was quickly halted, though Kandi tried fighting for her “freedom of press.” She took particular interest in writing romance after college, as she has always been a diehard hopeless romantic, and likes to highlight all the challenges of love as well as the triumphs.
When Kandi isn’t writing, you can find her reading books of all kinds, talking with her extremely vocal cat, and spending time with her friends and family. She enjoys live music, traveling, anything heavy in carbs, beach days, movie marathons, craft beer, and sweet wine — not necessarily in that order.

Steiner killed it with Neat. Logan and Mallory were the perfect opposites attract. He’s all neat and organized where well..she’s an artist. You have the small-town vibe all throughout the story, add in a little Romeo and Juliet or maybe Hatfield’s and McCoy’s vibe between their families and it was perfection. I cannot wait to see what Steiner does for the rest of the Becker Brothers.

Logan has always silently had a thing for Mallory that he’s never told anyone about. She’s always intrigued him by marching to the beat of her own drum. When she becomes his newest tour guide, he can’t help but wonder if she will live up to his expectations. Will she be like her brother and partake in their family’s family feud or will she like him despite what her family and his thinks?

Mallory doesn’t want to work for her family’s whiskey business but she made a deal with the devil aka her father. What she didn’t expect was for there to be more to Logan than what meets the eye. Has the town read him wrong and just lumped him with his brothers? Is she willing to risk what little tie she has left to her family for him? Only one way to find out.

Like I said before I adored these two. I didn’t read Neat, I devoured it. I read it so fast that I had to go back and read it a second time to make sure I got it all and I didn’t miss anything, I was that into the story. Just do yourself a favor and one-click Neat, you won’t regret it and if you haven’t yet read On the Rocks first for Logan’s older brother Noah’s story. You can’t go wrong with a Becker brother.