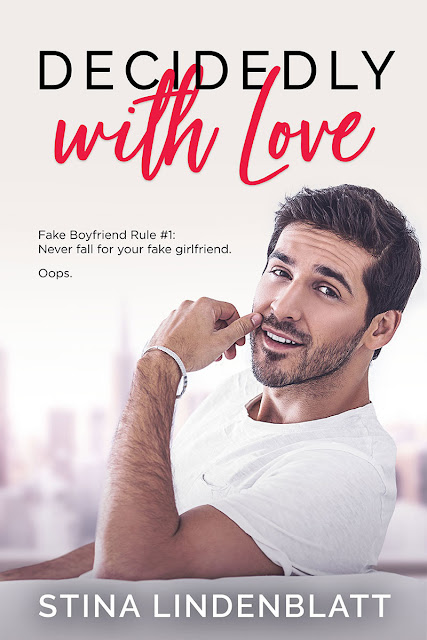 From the author of sexy romantic comedies comes the story of a meddling grandmother searching for lifelong love. For her hockey player grandson…

I run Aphrodite’s Boutique, a store that specializes in all things love-related. A store that I adore with all my heart, and which is at risk of being shut down and replaced with a condo development.

To save it, all I have to do is pretend to be Travis Hamilton’s girlfriend.

Except he and I have a history together...but he doesn’t seem to remember me.

My feisty, well-meaning grandmother raised me after my parents died, but now she’s determined to help me find The One. But when most women I meet tend to be puck bunnies or women only interested in my hockey-player salary—and let’s not forget the nutcase of an ex-girlfriend—why bother?

Only a fake girlfriend will deter my grandmother’s matchmaking scheme.

Too bad the one woman who can help me is the sexy redhead who wants to assist me as much as she wants her eyeballs dunked in hot sauce and barbecued.

To convince her, I promise to help her with her own dilemma. But sometimes fire and ice really do mix. Now I have to decide if love is in the air—and if together Emma and I make something hotter. Something stronger. Something real.

Decidedly with Love is book 3 in the standalone By The Bay series; involving a fake relationship to keep a grandmother happy.

Running a Love store is hard work, especially when you don’t have anyone to love. When Emma is told she has to vacate her premises Travis comes to the rescue and starts to help her; but he is holding back a secret that could change everything. When a plan to create a fake relationship to keep Travis’s grandmother happy transpires they are left walking a fine line between real and fake.

I loved Travis and Emma, their characters had chemistry and they both were everything each other needed.

I personally really enjoyed this story, while I haven’t read all of the books in series I am going to go back and catch up ASAP. I can’t wait for the next instalment from Lindenblatt.


ALSO AVAILABLE IN THE BY THE BAY SERIES

#1 Decidedly Off Limits is FREE on all platforms!

Born in Brighton England, Stina Lindenblatt has lived in a number of countries, including England, the US, Finland, and Canada. This would explain her mixed up accent. She has a kinesiology degree and a MSc in sports biological sciences. In addition to writing fiction, she loves photography, especially the close-up variety, and currently lives in Calgary, Canada, with her husband and three kids.