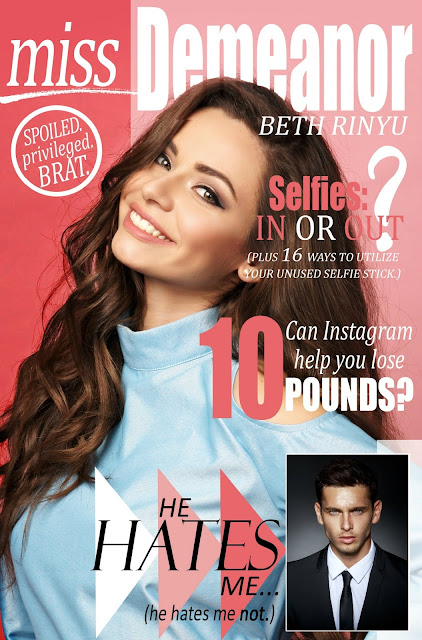 What others saw as entitled, I saw as standards, and mine were high, especially when it came to men. The boys I wasted time on in college were now a thing of the past. I was setting my eye on the real deal: Rich, successful, nice looking, good personality preferred—but not required.

I had it all figured out, I’d live off my family’s good fortune as I waited for my wealthy Prince Charming to sweep me off my feet. That was until my father decided to come up with his own ridiculous plan:

All out of options, I headed to the East Coast to start my job. Feeling much like a princess being thrown into court with the commoners, I intended to fail, and fail miserably—that was until I was given an office with a view and my own advice column. Suddenly, working for a living wasn't so bad after all...except for him. Obnoxious, boorish, rude…take your pick. He was the exact opposite in my quest for Prince charming—except for nice looking and good personality not required. He hated me the moment he laid eyes on me and was determined to make my life a living hell whenever I was in his company. Little did he know, he had no idea who he was up against, I planned on matching his animosity toward me in ways he never imagined. But the funny thing was, the more he got under my skin, the closer he was getting to my heart, making me reassess the girl I once was and focus on the girl I wanted to become. 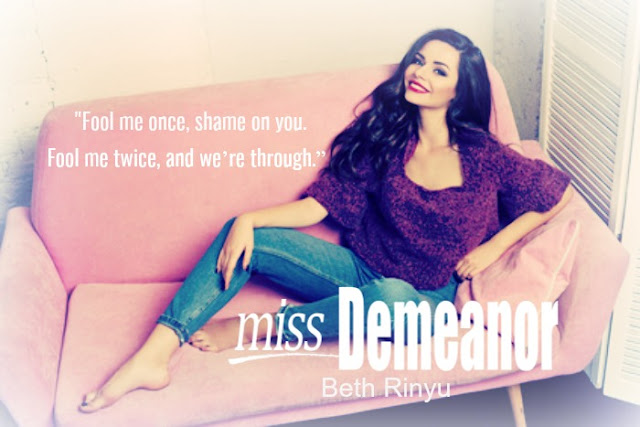 “Never judge a book by its cover, 5 stars”

Rose is the typical rich girl. She has high expectations for her future and her future husband. Then her dad throws a wrench in her plans. Rose goes into her job with the plans of having failing on purpose. But sometimes plans change. When she decides to actually give working a try she finds out she likes it. Rose finds a whole new side to her that she never thought was possible. So where does Alex fall into all of this?
Alex isn’t living his dream. His dream was crushed years ago but now he’s making a go of the life he was given. He realizes he’s luckier than most but sometimes that bitterness comes through. When he meets Rose she’s everything he hates. He sees her as a gold digger who is only after a mans bank account. But what happens when he finds out he’s wrong?
I really wanted to hate Rose in the beginning of Miss Demeanor, but just like Alex over time my feelings about her changed. These two brought something unique in each other out. They go through a whole slew of trials and tribulations before they can cross the finish line. If you can get through the first couple of chapters where Rose is self-centered then you will find yourself absorbed in a story that will make you smile.
Take a chance on Miss Demeanor.
Plot-5/5
Characters-5/5
Heat-5/5
Writing style-5/5
Overall-5/5 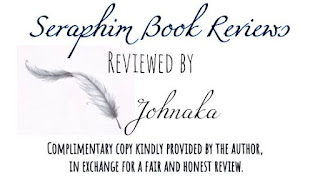 “So, Alex, have you thought of any ideas on how to incorporate the female staff into being a part of Him?”
All eyes were on him as he picked his head up from whatever he was paying attention to on his phone. I impatiently waited for his answer, knowing how much he didn’t want for this to happen. “Actually, I have.” He was upbeat with his reply, not at all what I was expecting.
“Okay, let’s hear it.”
“I was thinking about having them do something that’s the exact opposite of what they would normally do and then write an article on the experience.”
“Such as…” Mr. Andrews waited for him to elaborate.
“Like Laurie hates sports, so maybe have her go with Keith when he’s covering a game and write about the experience.”
“I like that idea. What are your suggestions for some of the other women?”
He cleared his throat. “I, umm haven’t really thought about it. I wanted to bounce the idea off you first and see what you thought about it.”
“I love it.” Mr. Andrews adjusted his glasses and looked my way. “What would you suggest having Rose do for her article?”
My face heated when I sensed all eyes on me. I dropped my head and stared at the table, just imagining what horrible adventure he was conjuring up. Skydiving. Fire juggling. Swimming with sharks. The possibilities were endless.

Ever since I can remember, I have always enjoyed Creative Writing. There was always something about being able to travel to a different place or become a different person with just the stroke of a pen - or in today's world a touch of the keyboard. I love creating deep characters who you will love or love to hate.

My life is not as interesting as my books or the characters in them, but then again whose life is? My happy place is a seat by the ocean with my feet in the sand or on the busy streets of New York City. You will more than likely find one of these places as the setting for most of my books,

Thanks for taking the time to learn about my books and me! If you decide to read them (and I hope you do!) please be sure to go on and review it for me - yes, even if you don't like them!