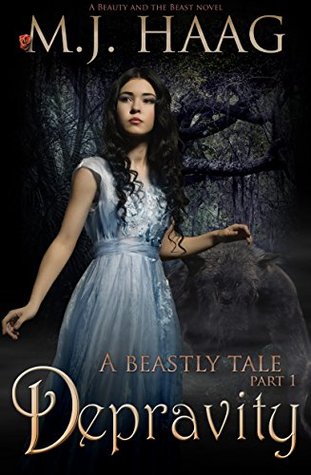 A classic fairy tale with a new twist, the Beauty and the Beast saga begins with Depravity...

Sixteen year old Benella is concerned with two things–avoiding the two village boys who torment her and scrounging for food to help feed her family. Unfortunately, the best wild fruit and vegetables are near the walls of the estate, a dark misty place inhabited by an unforgiving beast.

When her tormentors lock her behind the massive gates, Benella knows her fate is sealed. Yet, the fate isn’t one she expects. Her encounter with the beast starts a bizarre cycle of bargaining for her freedom, a freedom the beast seems determined to see her lose.


Depravity is a new spin on an old classic, Beauty and the Beast.
In Depravity, Benella is a young girl who is strong, caring, and kind. She comes from a poor family and lives in a town where many of the other families are poor as well.
She goes out of her way to provide for her family. Her role in the family is to walk around the woods and town looking for items to either eat, sell, trade, or be used to make something else. She travels many miles a day.
She is described as beautiful, but it is also noted that she wears trousers and does not like wearing tight fitting clothes or dresses.
After a run in with some local boys, she is forced to enter The Estate, which is described as a magical, walled in area that is protected by a beast.
This beast is described as a creature, that was set to protect the estate, and often at times has killed others, who have sought to steal from the estate. It seems the area is feared and no one dares to enter. Although Benella is scared, she doesn’t show it, as she is strong.
After this chance encounter with the beast, a series of events changes her and her family’s lives.

I absolutely loved this book and devoured it in one sitting.
I was already excited for the book because I am a fan of the author, but she surpassed my expectations.
There is a cliffhanger, but I feel like it was organic and happened at the perfect time to leave the readers wanting more.
The author writes Benella in a way that you can commend her for being so strong and wish that you had a similar strength.
Disclaimer: There are some darker topics in this book, such as assault and some sexual situations.
I believe these darker topics actually helped shaped the book for me. Although some areas were repulsive, it added an element to the story that I think would have been missed otherwise. It gave the story more depth.
I also loved how she wrote the villains of the story. You truly do not like these characters and I could feel myself become outraged on Benellas behalf, which I love in a book.
I would 100% recommend this book to others.

“What are you doing?”
“Going to sleep.”
“The witch said not to.”
“And you just roared at me. So what? If I die, I die. I am tired of being bullied by you and the idiots in the village. If I live, so be it. At least, I’ll have had a few moments of peace.”

“You would deny me after all I’ve given you?”
“you mean what you gave me freely, I never asked you to spare me.”
“But I did offer you one thing,” he said.
“And forced me to accept it in order for my release. You cannot demand a price for things freely given.”


**Received an ARC for an honest Review** 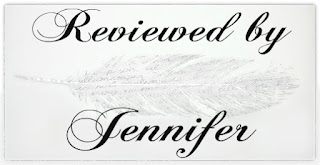 PRE-ORDER LINKS FOR OTHER ONLINE STORES:

Posted by Anonymous at 7:40 AM