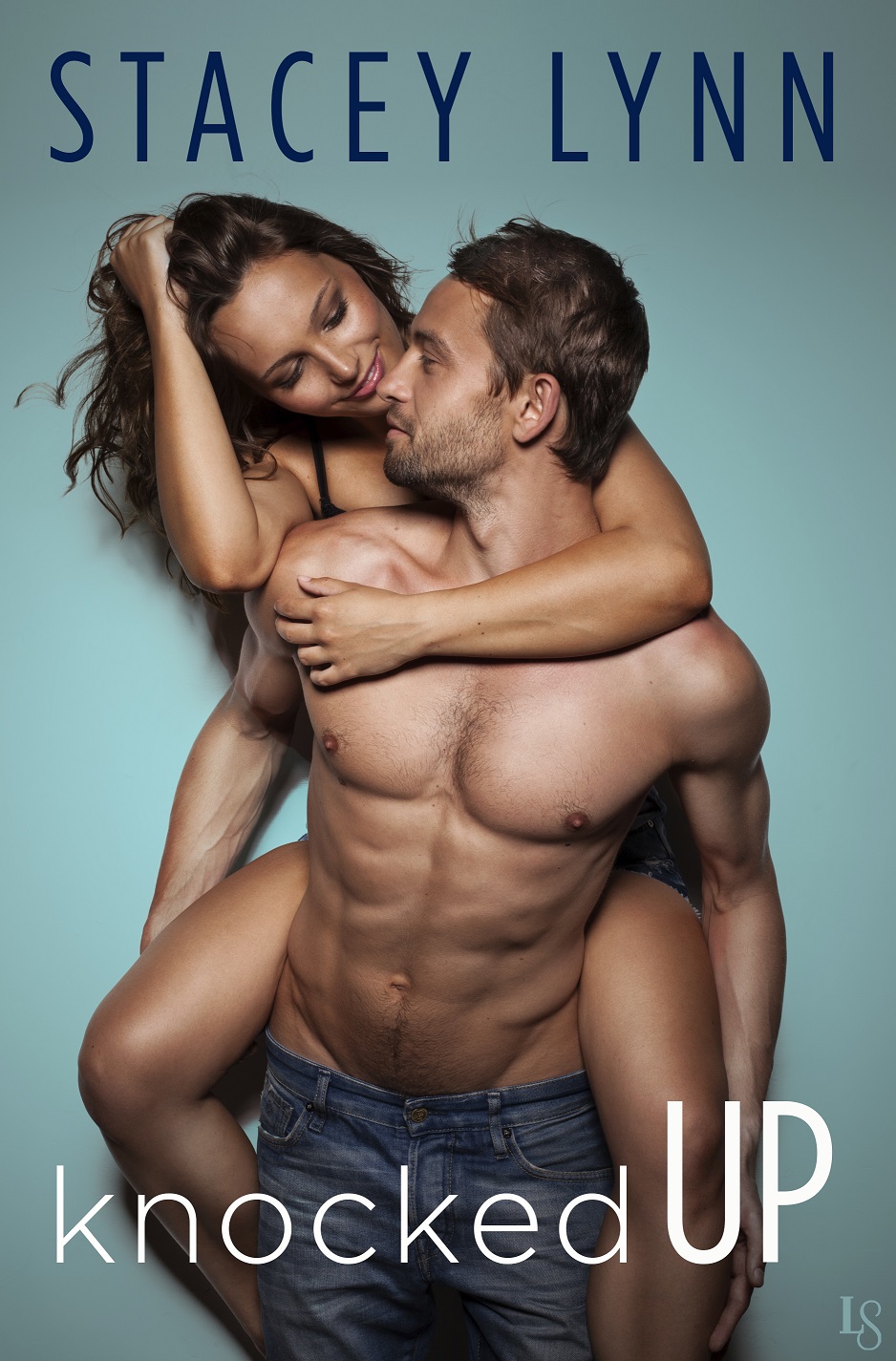 First comes love. Then comes marriage. Then comes baby in a baby carriage. Just not necessarily in that order....

Braxton: I should probably be dead or in jail right now. Instead, thanks to some tough love, I worked my ass off and now I own a string of tattoo parlors throughout the Pacific Northwest. And yet the one thing I’ve always wanted—a family—still seems out of reach. When my best friend gets married, I’m just hoping to blow off some steam with the super-hot maid of honor. But after Cara Thompson tracks me down to tell me she’s pregnant, she’s more surprised than I am when I tell her I’m all in.

Cara: For the first time in my life, I’m living for myself—not for my parents and their ridiculous expectations. I gave up on my MBA, dropped out of the Ivy League, and moved to Portland to pursue my dream of becoming an artist. And what’s the first thing I do? Get knocked up. For a tatted-up sex god, Braxton Henley seems way too eager to “be there for me.” Is this guy serious? Maybe. He sure is patient. Because he won’t back down until I admit what I know in my heart: that our one night stand might’ve led me to the one.

I quickly take everything off and drape the paper sheet over my lap, leaving my socks on, and when I’m ready, the edges of the sheet tucked under my thighs and backside, Pam knocks on the door.

“Ready?” she calls as she’s already pushing open the door.

“Yup.” I sound like I’m about ready to croak, and Braxton’s deep, rumbling chuckle worsens my rattled nerves. He kissed me!

I raise my hand to my mouth and as my fingertips press my lips, they’re taken away, gripped in Braxton’s warm hold. He smiles down at me knowingly and I force my attention on Pam.

She pulls the internal monitor out of the drawer, along with a bottle of lubricant and a condom, and Braxton’s grip on my hand turns almost bone-crushing.

“Now you see why I wanted the external one,” I mutter quietly.

I can’t look at him. My cheeks are on fire, and for some absolutely insane reason, other parts of my body are warming and this should not be happening at my midwife’s office.

If Pam hears him, she ignores him as she steps toward me, and pulls out a set of stirrups from beneath the table. “I’m going to need you to lie down, Cara, and spread your legs, and slip down to the edge of the bed for me.”

“I feel like I’ve heard this before,” I say, unable to stop myself. My filter has evaporated along with my self-respect and all of this is so absolutely humiliating.

Pam pauses, glances at me and then at Braxton and nods, understanding. But I swear, as her gaze sweeps down Braxton’s arms, even she blushes. Which is great . . . my midwife thinks my non-boyfriend baby daddy is hot.

“I feel like I’ve said this before,” Braxton says, and both of our eyes whip to him. My gracious. He’s smiling, shoulders shaking like he’s holding back the world’s most boisterous laugh, and it’s all I can do to not kill him while he’s standing there, glancing between the monitor-slash-vibrator and my spread legs and I can’t hold it in anymore.

Pam is back to business, already spreading the condom over the phallic-shaped instrument, and then she drizzles on the lubricant.

Braxton’s breath brushes over my cheeks. His dark locks tickle my temple as he whispers, “I feel like I should be offering to help with this.”

“Shut up,” I grit, my stomach muscles clenching from trying not to die or laugh. “This isn’t funny.”

“Oh. This is the funniest thing I’ve ever seen, I’m not going to lie.”

My fingers squeeze his hand and Pam is in front of me. She holds a small black box in her other hand and the tip of the wand against my center. “I’ll go slow, and it might be cold, okay?”

“Sweet Jesus,” Braxton whispers. “I don’t know whether to be terrified or turned on right now, Cara.” 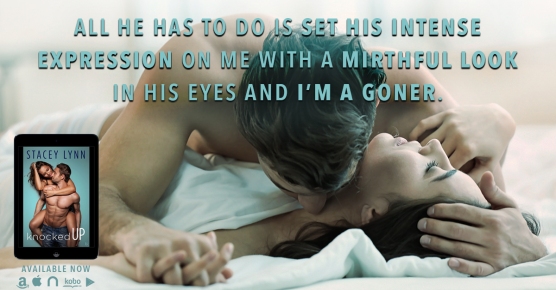 
Knocked Up is a wonderful, Surprise Baby romance! I am so happy I decided to read this book. I usually avoid books with a surprise pregnancy, but this one just called out to me. I wanted to know what would happen between these two characters just by reading the blurb. This book had some humor, but was mostly a good-hearted romance with a bit of heart-break.

Stacey Lynn currently lives in Minnesota with her husband and four children. When she’s not conquering mountains of laundry and fighting a war against dust bunnies and cracker crumbs, you can find her playing with her children, curled up on the couch with a good book, or on the boat with her family enjoying Minnesota’s beautiful, yet too short, summer.
She lives off her daily pot of coffee, can only write with a bowlful of Skittles nearby, and has been in love with romance novels since before she could drive herself to the library.