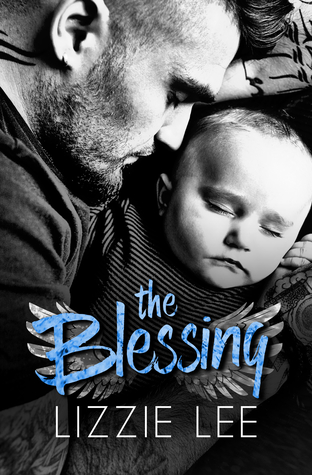 After years of drifting, Trevor Warren's world comes crashing down with the news of his brother's death. Returning to his hometown in Evergreen, Colorado for his brother and sister-in-law's funerals, Trevor realizes he has but a moment to grieve before his nephew, Greyson, is thrust into his life. Becoming the legal guardian to Greyson will either be a blessing or a curse. His late brother, Dean, was the golden child--the perfect son, husband, and father--while Trevor was his polar opposite. Despite his rough past, Trevor pulls his life together to become the father Greyson deserves. Although he tries to be a better man, he never feels like he's good enough... especially for his neighbor, Veronica Clark. Veronica "Ronnie" Clark is the picture of maturity and success. Despite having her life together, she's always felt as if something were missing. From the moment she saw Trevor, she knew he was trouble wrapped in a sinfully attractive package. While she would usually shy away from men like Trevor--something about his rugged appearance captivated her. His handsome face, gorgeous ink, and wounded aura may have caught her attention, but it's his giving heart that kept her yearning for more.

I read this book over Mother's Day, and the Prologue slayed my emotions! It's any parent's worst nightmare, that the Last Will and Testament they created would have to be read and used and the Guardian they appointed called into duty to care for their child. “I've never met his [my brother's] son, Greyson, but I love him already for one reason; he's one of the only pieces of my brother I have left.” The book starts with Trevor returning to his hometown to take custody of his nephew due to his brother and sister-in-law's death by drunk driver. The book takes us through his journey of “finding himself” and his struggles with his past, moving forward as an adult, and the hilarious ups and downs of suddenly jumping into parenting. The plot twists a few times with a major revelation at the end that causes Trevor major angst.

Trevor jumps into caring for his nephew with love and gusto. He's out of his element...a man returned from soul searching in California after leaving Colorado after high school graduation. But he never found what he was looking for in California except for warmer temperatures. He'd suffered a strange dichotomy of love and disinterest as a youth that left him an alcohol and drug addict. He's an interesting guy, who just wants to be loved and share his amazing capacity to love. He's just not well versed in how to be the best person he can be and we get to be along on the journey as he works through his addictions and learns to love his new family members.

Trevor and Ronnie have some spicy encounters! Ronnie creeps into Trevor's life as a lovely sight about town and manages to be there just when he needs her most. Like any parent can tell you, creativity is needed to get some adult snuggle time on. But despite the need to plan a sex life, they manage and their chemistry works very well for the book. Their passion is a shared feeling of trust and need! As Trevor and Ronnie figure out their love life, so does Trevor work on becoming a better person and great father... “Who knew a quiet moment in my bedroom with my son and fiancee could impact me so much?  Such a simple thing could become something I'll remember forever.”

Once I understood the plot of this book, I wanted to love it! It was set in one of my states and tugged at my heartstrings. But the writing style made it hard to keep going, and while I waited to be sucked into the book and be unable to put it down...it took me multiple attempts to keep going. The writing seemed to be stilted and slow. I'm not sure if it was the vocabulary of the main character, as he used a lot of profanity that fit his character's hard and rough edges, but made it personally hard to flow. It did pick up and flow easier the last half.

The plot, characters and steamy interactions had a lot of potential! There were some fantastic plot twists and character developments and I really wanted to love this book. The flow is just off a bit, so I hope it's just me and others enjoy the book. I would be interested to read further books by the author as this is her first book. 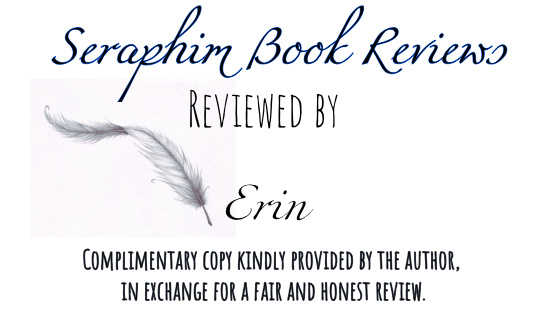 Posted by Louise Seraphim Reviews at 10:11 AM