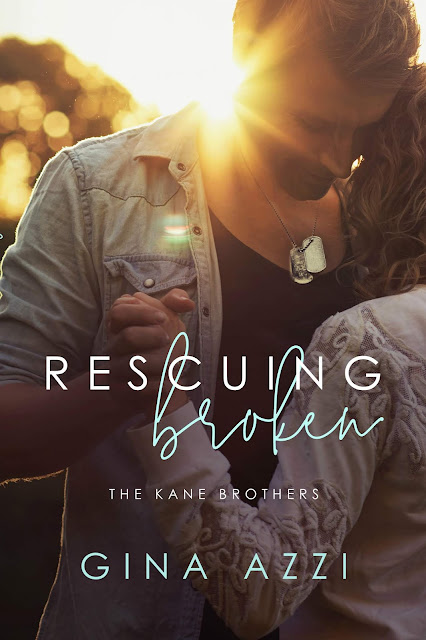 He thought he protected her future. But she never escaped her past.

I enlisted so Evie could have the future she deserved. She was smart and sweet and confident; I knew she would change the world. Until I returned seven years later to discover she’s never left. And she’s not the same girl I kissed good-bye.

Heartbroken over Jax, I went to my last high school party for closure. In one instant, my dreams evaporated and everything I thought I knew crumbled. Helpless to move forward, I watched the years pass. 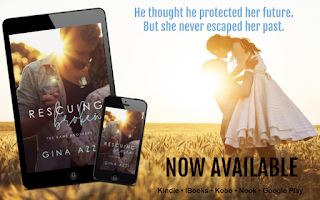 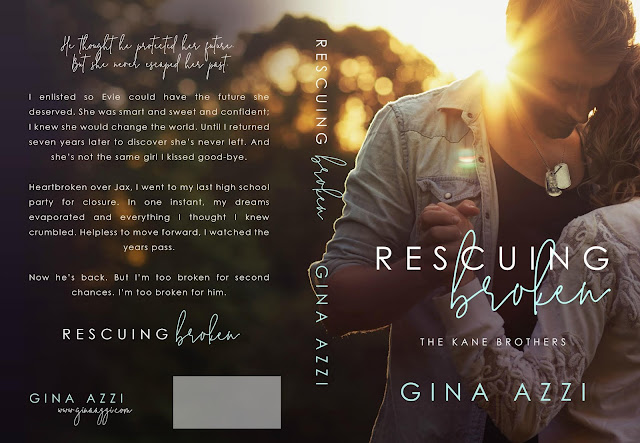 Our Review:
“Rescuing Broken” is a heartbreaking love story that tugs at your heartstrings. At the heart of the story is the need to overcome wrongs and learn to move forward with what's left. I'm at once in awe of the strength of character Evie presents, thankful for the service our military personnel, and outraged by some crappy behavior!

The story is told in a back and forth style, chapters switching between Evie and Jax. High school sweethearts who thought they had it all planned out...Jax ended it to make himself better as an enlisted solder. Evie planned to go to West Pointe, but instead stayed in the same small town and found herself facing demons and then her ex-boyfriend as he recovers from an injury. The plot twists and turns with lots of great foreshadowing, but draws you in and keeps you in the dark as the characters discover tidbits about each other along the way. Despite thinking I knew what might be the catalyst for some of Evie's behavior, there were surprises even at the end. The surprises were in line with the supporting characters though, and flowed well.

Our characters Evie and Jax are amazing. Jax for his military service and Evie for her survival in life. The author did a great job of writing their personalities and struggles and joys. I rooted for them, was confused when not all the facts were known by each character. The supporting characters of Evie's friends and family; Jax's brothers and sister; everyone in town made the story ring true and I can't wait to see if Jax's brothers or Evie's brother get their own stories!

While we don't see any steamy sexy action from Evie and Jax in this book, it's ok. It would have ruined the amazing story. But they do share a great chemistry and their kisses show that they have all the right moves when the time is right.

The author did a great job of drawing me into her characters. I wanted to know right away what was wrong with Evie, and how would Jax help her. Their actions and words rang true to me. Ms. Azzis also did a great job of broaching a wretched subject and bringing the #metoo movement. I'm glad Evie was written as a woman who struggles with her past, but prevails; and prevails with the love and support of her friends and family.

I feel blessed to be in a family and community of people who understand consent and duty and responsibility. We all need to work to be accountable for our actions and of those around us, and for those we affect. This book touched on a sensitive subject with dignity and aplomb, and drew me in to the characters. Bonus: the cover is hot! I hope we see more books and get to know more of the Maywood and Kane families. 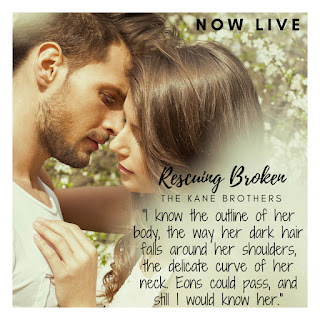 I can't believe it's her. Even with her back to me, I can tell. I know the outline of her body, the way her dark hair falls around her shoulders, the delicate curve of her neck. Eons could pass, and still I would know her.
My eyes narrow at her thin frame, note the way her shoulders poke through the fabric of her shirt. She turns toward me then and I realize her skin is two shades too pale and a heavy tiredness hugs are eyes. She’s my Maywood, but not.
I feel bulldozed. As if the universe is playing a masterful trick on me. Is it really her? So much time and space are between us; we're different people than we once were, and still it's as if I'm transported back to high school, walking onto the football field. And instead of thinking about the next play, I'm trying to figure out how to approach and impress the beautiful girl that is so far out of my league, a ninety-yard Hail Mary couldn't bring her closer.
Her gaze sweeps over me suddenly, her eyes meeting mine as I stand, my focus zeroed in on her.
She freezes, her shoulders stiffening.
"You sure about this, Jax?"
I take another step, walking toward her. A flicker of uncertainty in her deep blue eyes has me pausing for just a second. Her face is impassive as she looks away. If it weren't for the clenching of her hands and her tight grip on the underside of the bar, I wouldn't think I affected her at all.
But I know I do.
I always have. 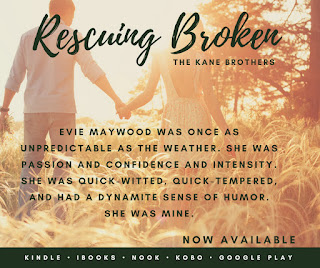 It's the scar that causes me to falter, the sight of it, long and thin and pale, hooking around his left eyebrow like a jab. Like the ones he threw so many years ago on the football field. Back before I really knew him. Back before I fell in love with him.
Sometimes, it seems like yesterday and other times, another life completely. And yet staring at the man before me, tracing his scar with my eyes, it still takes a full minute for me to realize that it's him. Undeniably so.
Jaxon Kane has returned home.
And I've never left. 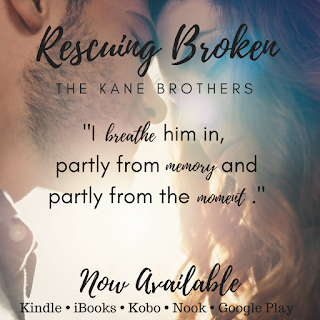 Gina Azzi loved every moment of college – especially her study abroad experiences, internships, and travel adventures! She draws from these experiences to create the storylines for her new adult and contemporary romance books. A passionate reader, frequent globetrotter, and aspiring baker, Gina resides in Canada with her family. Her new series, the Kane Brothers, releases in 2018.

There is a giveaway for a $20 Amazon gift card & an ebook of Rescuing Broken (2 winners, open internationally) 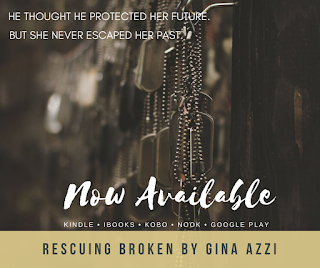