Release Blitz & Review - The Problem With Him - Rachel Higginson 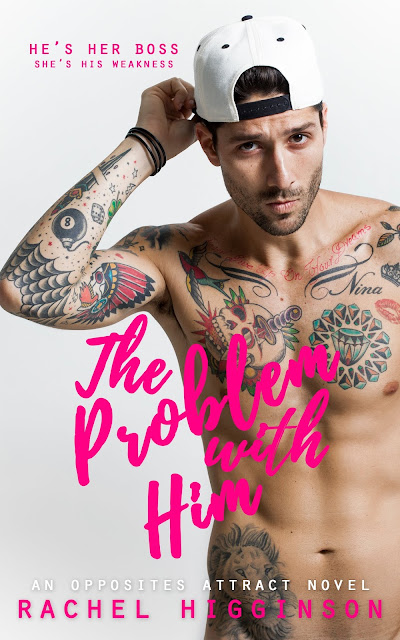 TITLE - The Problem With Him
AUTHOR - Rachel Higginson

The Problem With Him (Opposites Attract Book 3), Releasing June 26th

I’m over men. I’m done with them.
Or at least the ones that work in my kitchen. Fine, one man in particular. Wyatt Shaw is cocky and condescending and so far out of his element that he doesn’t know which way is up. Or how to run his brand new kitchen all by himself.
That’s where I come in. Sous chef extraordinaire. Second in command. Bane of his existence. I am the reason Wyatt’s doing so well as the new executive chef of one of our city’s most prestigious restaurants. He has me to thank for his glowing accolades and five-star write-ups. Only if you were to ask him, he’d say I’m his biggest problem.
Despite his discouragement and bullish behavior, I’ve set two goals for myself.
The first? I’m going to fight my way to the top of this male-dominated industry and claim my own award-winning kitchen.
The second? I’m going to do whatever it takes to ignore Wyatt and his rare smiles and the thickening tension that’s started to simmer between us.
Wyatt Shaw might be Durham’s new shining star. He might be up for a James Beard Award. He might be my new boss and key to my future success, but he’s also in my way.
So he can keep his smoldering looks and secret kisses. And he can be the one that figures out how to make it through service without getting distracted by me.
I’m not the problem. The problem is him.
Pre-Order Link for The Problem With Him

“Are they really that different? 5 stars”

Kaya is convinced there is a problem with her boss Wyatt, but is there really? She feels like she deserves her job over him. And thanks to job security she can get away with saying things to him in the kitchen that no one else could. But what happens when she really stops and listens to him? What will happen when Kaya puts the job aside and sees Wyatt as a man?

Wyatt loves his job and is working his behind off to prove he deserves to be the head chef of the restaurant he works at. But Kaya his sou-chef is all about challenging him. Its one of the many things he loves about Kaya. He’s wanted her from day one, but the timing was never right, but what happens if its right now, will he make his move?

These two really weren’t opposite, they more or less talked a different love language and she never saw him as a love interest until he made it blatantly obvious. Once these two got on the same page it was awesome. I wanted these two together, because they both deserved to find love. I will warn you though, reading The Problem with Him will make you really freaking hungry. Food plays a big part in the book and I won’t lie I had to stop and get some snacks along the way. 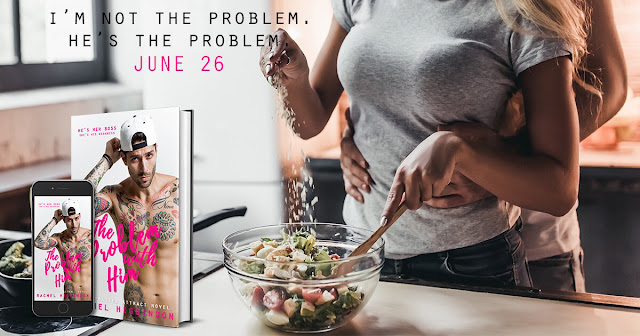 There was this defiant witch inside of me that had to know more. I wanted this too. And maybe, if I was honest with myself, I could admit that I’d wanted it for way longer. But I couldn’t let him get away with… getting his way. I was too used to fighting him to give him what he wanted without at least a small argument. “But how long will you wait?”

He didn’t seem amused by my question. He leaned forward, forcing me to tip back on my elbows. His chest brushed mine. His tattoos winked at me, inviting me to touch them, taste them… suck on them until I’d left my mark. “A lot longer than you’ll make me.”

My mouth dropped open. “What does that mean?”

He grinned. No half smile or wicked smirk. This was a full on, blinding, both-sides-of-his mouth smile. “It means, we can play this game till the end of time and two things will remain true. One, you want me. You’ve wanted me for a long time. You want this to happen. And I’m very willing to oblige you. And two? I want you. I’ve wanted you for a very long time. I’ve wanted you for so long, you’re the only thing I can remember wanting. I want you and I’m willing to wait as long as it takes to have you. You get me? We can do this cat and mouse thing for however long you need to do it, but I know both of us are ready to play a different kind of game.”

His head dropped so he could kiss and suck his way over my collarbone. I closed my eyes and tried to catch the spinning thoughts in my head, to make sense of them.

“Kaya,” Wyatt taunted, his voice low and growly. “Yes or no?”

“Yes,” I whispered without thinking. No more fighting. He was right. We both wanted this. 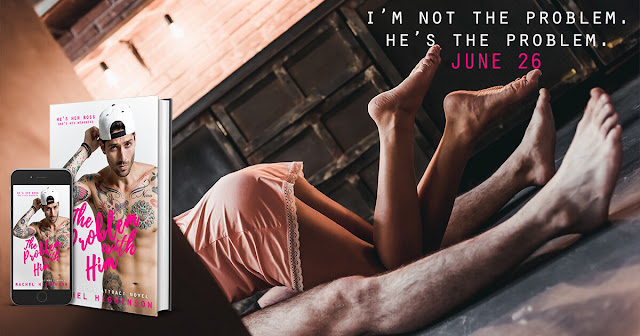 His eyes sparked with the compliment, but his words surprised me. “You shouldn’t say that.”

That look was back, the one that had gotten me into so much trouble last night. One part confident, sexy man, two parts vulnerable and open.

“Say what?” I whispered.

His jaw ticked. Anger, I thought immediately. But it wasn’t. It was something else. And now it had me questioning every single time I’d seen it before. “And I like it far too much when you remind me.”

I laughed a breathy, girly sound. I couldn’t help it. Now he was flirting with me? Opening up to me? Sharing his plans for the future with me?

“Wyatt, what are you doing?”

His Adam’s apple bobbed up and down as he struggled to swallow. My eyes tracked every second of it.

“I’m trying not to kiss you, Kaya. I thought that was obvious.”

Now it was my turn to nearly choke on my tongue. “You’re ridiculous.”

Other Books in the Series (Can be read as stand alone books):

The Opposite of You: https://www.amazon.com/Opposite-You-Opposites-Attract-Novel-ebook/dp/B01NAUAFJV/ref=sr_1_1?ie=UTF8&qid=1525364267&sr=8-1&keywords=the+opposite+of+you+rachel+higginson


The Difference Between Us: https://www.amazon.com/Difference-Between-Us-Opposites-Attract-ebook/dp/B071DQFH1P/ref=sr_1_2?ie=UTF8&qid=1525364306&sr=8-2&keywords=the+opposite+of+you+rachel+higginson