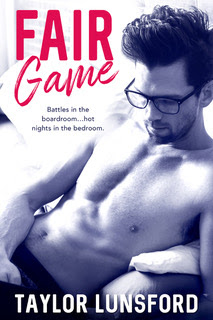 Today Taylor M. Lunsford is stopping by to share her new release, FAIR GAME! Check it out and be sure to grab your copy today!

In her designer shoes and power suits, Vivien Monroe couldn’t be more out of place in the video game company she inherited from her eccentric father. Not only does she have to sort out her father’s last request and deal with a younger sister she barely knows, she has to go toe-to-toe with her father’s protégé—a man who makes her think about the last thing she should be thinking about right now.

With his thick-framed glasses and graphic tees, Liam Hale is the exact opposite of what she needs right now. His relaxed, out-of-the-box attitude reminds her too much of her father’s more exasperating quirks, but his dedication and quiet stubbornness begin to drive her crazy in a completely different way.

All Vivien wants is to get back to her life in New York, but someone is stealing the company’s best game ideas, and an FBI agent is sniffing around. She’ll save her father’s legacy for her sister and then she’s out of there—if she can leave Liam behind. 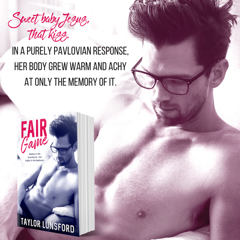 Liam looked at his mentor like a father figure and developed a close relationship with Jed and his youngest daughter Greer. In all the years he worked for Jed he never met his oldest daughter, just heard how she was taking Wall Street by storm. Never in his wildest dreams did he think he would only meet her because of a tragedy. Will Vivian the Ice Queen live up to her reputation or will she start to thaw?
Vivian didn’t expect to get a call while working out of the country telling her she needed to come home. She didn’t expect to ever step back in Texas let alone spend time at her father’s business. Vivian has an estranged sister and her father’s prodigy breathing down her neck.  Will she crave under the pressure of her past coming forward or will she own it?
I genuinely liked the idea of Fair Game. The plot was on point and I liked the mystery throughout the story. What I didn’t care for is I figured out the mystery early on and I really didn’t care for the heroine. I just really wanted to strangle her. With that said though I loved everyone else in the story. I really hope Lunsford writes a story for Greer. If you like a closed off heroine and a solid hero this may be a story for you.
Plot-5/5
Characters-3/5
Heat-3/5
Writing style-3/5
Overall-3/5 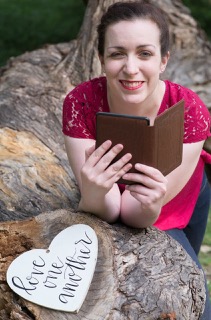 From the time she figured out how to turn the Disney Read-Along cassette tape over in the dark, Taylor’s been addicted to reading—both authorized and unauthorized. By the time she was thirteen, she’d started writing Newsies fan fiction and reading romance novels late into the night. A champion multi-tasker, she’s been known to read, write, and watch TV all at the same time, especially if there’s a HEA ending involved. In addition to being a frequent stress baker, she’s spent the majority of her free time becoming fluent in most dialects of nerdiness, starting with musicals, and is mildly obsessed with all things British (especially the Royal Family and tennis champ Andy Murray). Growing up with a village of strong women as an example, she doesn’t miss an opportunity to weave in community engagement and feminism into each of her books in one way or another—her heroines are always sassy and smart and her heroes wouldn’t have them any other way. 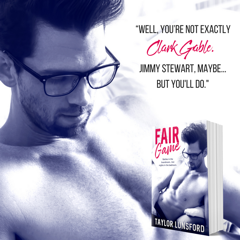