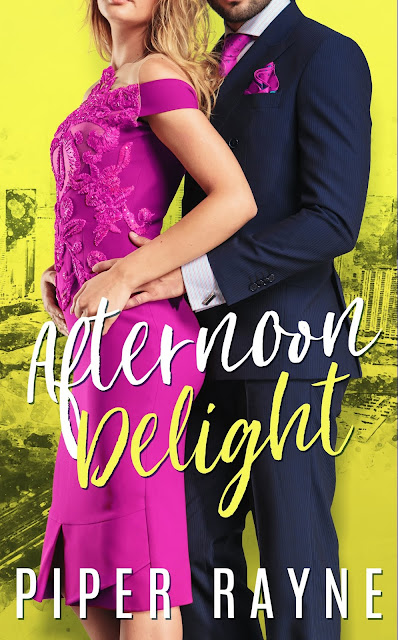 Afternoon Delight, the next standalone in the romantic and hilarious Charity Case Series by Piper Rayne is available NOW!

The perfect man for me is the one who broke my heart.

I’m on a mission to find myself a nice, solid, respectable man. The only problem is nice, solid, and respectable comes in a meh package and is B-O-R-I-N-G as hell.
It’s been established. I have one type. Bad Boy. I tried the other flavors, I really did. But there’s nothing like the allure of a man who takes what he wants without apology.
As if my love life isn’t dramatic enough, Dean Bennett walks into my life again thinking he’s going to win me back with his charm and charisma. He might come in a different package, but under that expensive suit he’s still the same cocky, arrogant, pompous prick who only cares about numero uno.
I’m not that naïve young girl anymore so I have to ignore the fact that the way he looks at me practically sets my panties on fire.
Everyone deserves a second chance to right a wrong. The problem? He’s not just an ex-boyfriend…
He’s my ex-husband.

“If it failed once will it fail again? 5 stars”

Dean and Chelsea’s marriage went up in flames. They were young and took some hard hits they didn’t know how to deal with. Now they are a little older, a little wiser, and for some reason still in love with I each other. Or at least Dean still loves Chelsea, if she loves him or not is still up in the air. Dean has finally picked up the wreckage he caused in his younger years and is ready to get his woman back. Only now Chelsea is jaded, will she give him the time of day or push him away for good?
I was instantly intrigued and then sucked into Afternoon Delight. I liked how it was a second chance romance, they are kind of my jam, but I loved how this one was just a little different. These two didn’t split because of reasons you normally see in books, so it was refreshing. My heart hurt for both characters at time and I loved how they came back fighting.
Dean is one of those guys who knows what he wants and wont stop until he gets it and I love that in a hero. He has alpha tendencies but also realizes that his woman is fully capable of taking care of herself.  They worked so well together, and I really wanted them to come out on the other side. Afternoon Delight may go down as my favorite Piper Rayne second chance story.
Plot-5/5
Characters-5/5
Heat-5/5
Writing style-5/5
Overall-5/5 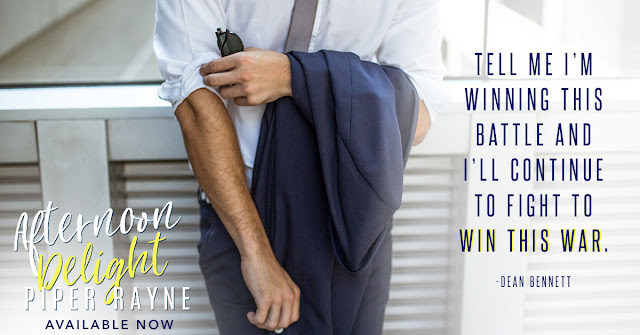 Walking through the revolving door, I’m greeted by a security desk before I can access the elevators. Shit. I should message Glen again to say I’m going to be even later than I expected.
I approach the tall man who looks as annoyed as me for being here on a Friday night. “Hello, I need to head to” —I glance at the envelope— “Heiberman and Lipe Law Firm.”
He taps a few keys. “I think they’re closed already.” His face is void of any emotion.
“Can you tell me if there’s a…” my eyes glance to the folder again. “Mr. Bennett?” The last name causes my stomach to gurgle.
“Let me call up.” He presses some buttons on the phone, listens for a second and then hangs up. “No one is answering.”
I lean over the counter, splashing on my please eat out of my hand smile. “It’s Friday. You want to go home. I want to go home. I promised my boss that I’d get these on the desk of Mr. Bennett.” I cough, bile rising up my throat with the mention of the name. Victoria is really going to have to take care of this in the future. “Can I please just go up to their floor and see if their door is unlocked?”
He shakes his head, giving me a look I’m way too familiar with, silently asking if I’m crazy.
“What can I do?” I ask. “Money? A date?” I look at his left hand. “No. Are you a fan of winter sports?” I’ll totally pull Skylar into this. “My cousin is a Winter Classics skier and her fiancé—” A large palm lands in front of my face.
“Give me your name.” His fingers position on the keyboard.
“Chelsea… Chelsea Walsh.”
He types my name in, and I smile when he pulls a visitor badge out.
“Thank you, thank you, thank you.” I take it from his hand and put it over my head.
“If no one is up there, they have a drop box beside their door. You can leave your package there.”
I thank him again and walk steadily to the elevators, dodging people desperate to start their weekend.
I end up riding the elevator by myself to the thirty-third floor. The elevator doors ding open and I file out, my head swiveling right and then left. Spotting the door with Heiberman and Lipe Law Firm, I head over to it to find a list of the names of all the associates and thankfully there’s Bennett second from the top.
Hold on Glen, I’m almost on my way.
My hand pulls on the frosted glass door and it must be my lucky day because it opens.
I step into the darkened reception area. Looking around, I find no one. Heading down a hallway, my eyes zero in on the names on the doors while peeking my head into vacant offices. Finally, after passing the conference room, I see the last name Bennett and peek my head inside to find it empty with the light on. Hopefully that means he’s in the bathroom or something.
I pull out my cell phone, seeing Glen has messaged me back, but instead of responding to his I shoot one off to my boss Hannah.
Me: Mr. Bennett isn’t here. Can I drop the envelope on his desk?
Hannah as usual, replies instantly.
Hannah: Sure. Just leave it somewhere he’ll see it first thing on Monday.
Me: Got it.
I drop my cell phone back into my purse and slowly walk across the room and place the envelope on the chair. As I straighten up, I notice a baseball sitting next to the keyboard like someone had been playing with it and just set it down.
My jaw drops and my gaze scatters across every surface, spinning around investigating each piece of art, photos, anything I can find to tell me this isn’t…
Then as though I hadn’t breathed the entire time I’ve been in this office, the smell of him hits my nostrils. The once familiar scent of the ocean breeze, his deodorant and fresh linen from his clothes. He never was a cologne guy.
Other than a picture of a dog on the table behind his desk, it’s filled with baseball memorabilia of the Cubs. A die-hard Cub’s fan certificate is framed and on display, so others know he didn’t jump on the bandwagon two years ago when they won the World Series. It’s proof that his family has borne the Cubbie fever for generations.
“Do you make it a habit of sneaking into people’s offices?” His voice is coy and flirtatious.
I squeeze my eyes shut then grip the edge of the desk before my knees give out. Shivers run up and down my spine.
Crazy train. All aboard!
“You can at least show your face,” he says, continuing his usual play. “I promise I don’t bite.”
“Unless I want you to.” I spin around, my knuckles white as they tighten on the edge of the desk.
Now it’s his jaw that slackens as he realizes his ex-wife is standing in the middle of his office. 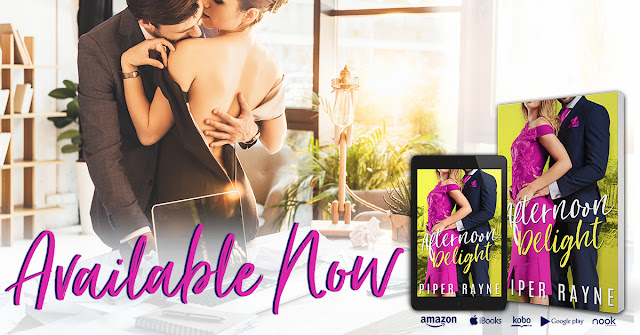 About Piper Rayne:
Piper Rayne, or Piper and Rayne, whichever you prefer because we’re not one author, we’re two. Yep, you get two USA Today Bestselling authors for the price of one. Our goal is to bring you romance stories that have "Heartwarming Humor With a Side of Sizzle" (okay...you caught us, that's our tagline). A little about us... We both have kindle’s full of one-clickable books. We're both married to husbands who drive us to drink. We're both chauffeurs to our kids. Most of all, we love hot heroes and quirky heroines that make us laugh, and we hope you do, too. 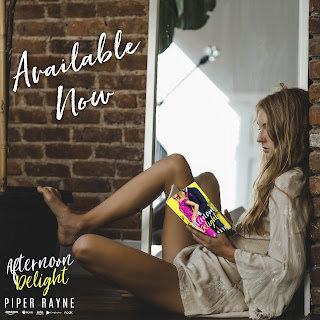