Today we are celebrating the release of ROCK LEGEND by Tara Leigh! Check out the links and teasers for it below, and links for the previous book in the Nothing but Trouble series, ROCK KING. Join Tara's newsletter for exclusive news about the book. 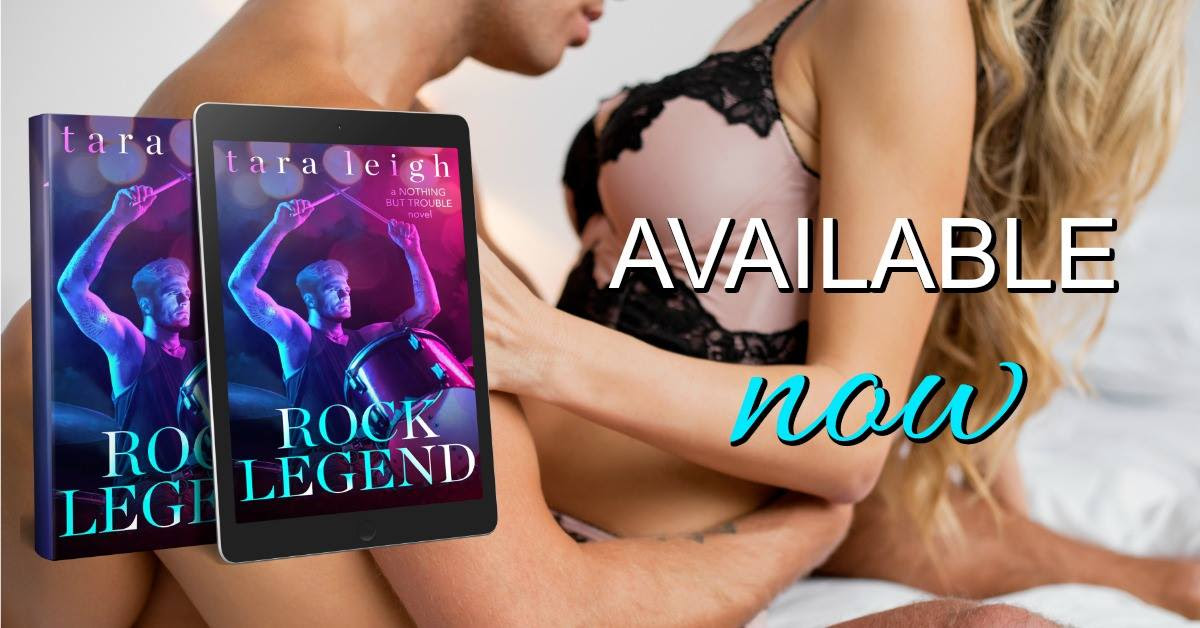 Landon Cox is a now famous drummer for the band Nothing but Trouble. He's living the lifestyle of the rich and famous, being a playboy and legend. His past as a foster child taken from his parents shape how he handles relationships. But he's wondering if there's more to life than the empty moments before and after his performances. Piper Hastings is working for the PR firm that handles Nothing but Trouble, after having a brief, but bright and intense love with Landon. Now she's done her best to move on with a new boyfriend...but her childhood also wasn't picture perfect. Together their baggage causes numerous struggles they have to overcome.

Purchase the previous book in the series...

Tara Leigh writes steamy contemporary romance featuring tortured heroes worth lusting after and the women they didn't know they needed. She attended Washington University in St. Louis and Columbia Business School in New York, and worked on Wall Street and Main Street before “retiring” to become a wife and mother. When the people in her head became just as real as the people in her life, she decided to put their stories on paper. Tara currently lives in Fairfield County, Connecticut with her husband, children and fur-baby, Pixie.