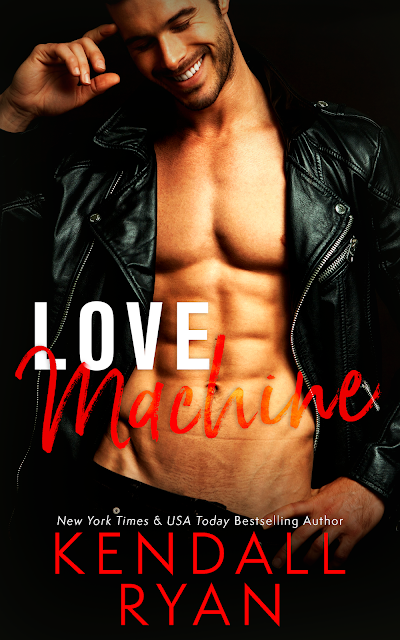 
She says she needs some help ... in the bedroom.

She's my best friend and has been for years. Sure she likes numbers and math, and thinks doing other people's taxes is fun. And I like ... none of that stuff. She's obsessed with her cat and reads novels I'll never understand, and yet we just click. There's no one I'd rather share breakfast burritos with or binge watch hours Netflix. She's my person. And so when she takes off her glasses and asks me to help her improve her skills in the bedroom, I barely have to think about it.

Of course I'll help her. There's no one better for the job.

I've been there for her through everything, why should this be any different?

But what happens when she's ready to take her new-found confidence and move on?

I love Ryan, she has a way with making you fall into a story without any effort. She brings the characters to life and makes you want to be friends with them. Once again, she managed that with Love Machine. I have a feeling people will fall in love with these two.

Keaton is awkward at best, but she works with computers so its kind of expected. After a crazy night with her girlfriends she comes out feeling lacking. Keaton wants a relationship and love, but it seems like its not in the cards for her. When she vents her frustrations to her friend Slate she had no clue what would come out of it, but it leads them down a rabbit hole. Is she willing to accept the change that’s inevitable between the two?

Slate tried love once and it left a bad taste in his mouth, but he still loves women. When one of his best friends Keaton proclaims her insecurities, he can’t help but stand up and help her. What starts off as a simple wingman mission turns into something he never saw coming. Will he accept it, or will he shy away?

I really did enjoy these two, Love Machine is a solid friend to lover’s romance. I only had two small issues with it. One, the female’s name. I love the name, but I have a childhood friend who’s named Keaton and well, he’s a dude. So, every time I read the name I instantly thought of him.

Then my other issue is I recently read a book very similar to Love Machine, so I was constantly comparing the two in my mind. They have their differences and are both solid stories, but I just hated getting distracted while reading. If my mind starts to wonder the book the story instantly gets knocked down a star. With that said I still think you would like Love Machine.

A New York Times, Wall Street Journal, and USA Today bestselling author of more than two dozen titles, Kendall Ryan has sold over 1.5 million books and her books have been translated into several languages in countries around the world. She's a traditionally published author with Simon & Schuster and Harper Collins UK, as well as an independently published author. Since she first began self-publishing in 2012, she's appeared at #1 on Barnes & Noble and iBooks charts around the world. Her books have also appeared on the New York Times and USA Today bestseller lists more than three dozen times. Ryan has been featured in such publications as USA Today, Newsweek, and InTouch Magazine.

Visit her at: www.kendallryanbooks.com for the latest book news, and fun extras