The much-anticipated release from USA Today Bestselling Author, Lani Lynn Vale, is finally here! Get your copy of QUIT YOUR PITCHIN' today! 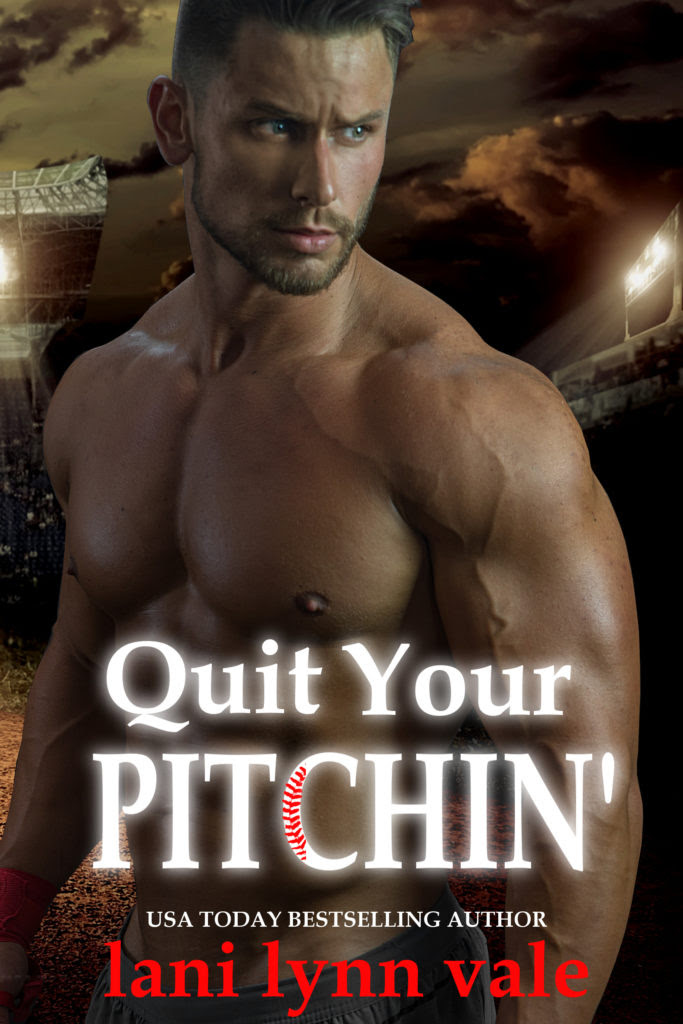 About QUIT YOUR PITCHIN'

What’s wrong with my butt?
She means those words to be directed toward the woman beside her, not him. But he can’t stop himself from answering. Not when her ass is the most magnificent thing he’s seen in his life.
Apparently, answering her with ‘not a damn thing’ wasn’t what she was expecting.
She likely wasn’t expecting the baseball she took to the face at his next at bat, either.
All it takes is one ill-fated foul ball, and George Hoffman, Lumberjacks center fielder, falls head over heels in love with Wrigley Field—and yes, that is her real name.
From that point forward, George and Wrigley fall into a fast whirlwind love that ends with them eloping to Vegas. And he has his potty mouth, titty bar owning, pain in the ass grandmother to thank for it.
Not that he’s complaining or anything.
Who wouldn’t want to be married to a woman that made his heart race like he was in the final game of the World Series?
The only problem is trying to convince her of that.

When George met Wrigley he wanted to know her, then he got to know her and fell, everything about their love story was a whirlwind. They made each other absolutely crazy in the best kind of way. One thing was for sure though, they loved each other and then it all fell apart. Will George be able to win her back over or did they burn out?

Wrigley’s life has been an interesting one. Aside from her sister she’s never really had someone who is loyal to her and willing to stay. Then she meets George and they move fast. She knows she loves him but is she willing to stick around when the going gets rough? Or will she be one of those that walks away before even trying to fix the problem?

I enjoyed the whirlwind aspect of Quit Your Pitchin. But there was a point where the story basically fell apart for me and that was during part two. The way the story was written made it feel like they hadn’t been married long when tragedy struck but we know they had been married for quite a while. They should have had a foundation by that time but didn’t and I found that hard to believe.

Compared to other stories of Vales this one fell a little flat for me personally. I don’t enjoy a whole lot of misunderstandings and that’s basically what this story was, a miss understanding after another. If you’re into a story that is like a road full of switch back turns, then this may be the one for you.

Quit your Pitchin is the 2nd book in the There’s no crying in Baseball series, Lani takes you on a journey that is full of love, heartbreak and laughs. This book took me on a rollercoaster of emotions leaving me laughing crying and screaming throughout.

With a name like Wrigley Field you’re destine to love Baseball, right? Wrong, Wrigley knew nothing about the love her mother had for game. Heading to her first game with her sister she meets ‘Furious George’ Hoffman he knocks her down, literally, with a wayward foul ball giving her an almighty black eye. Their romance is quick to start and when it all comes crashing down can they fix it or will they continue to strike out?

George has a temper, you can guess that by his famous nickname Furious George, he is driven and when it comes to Wrigley he is a big softy wanting to give her everything her heart desires. Wrigley is independent and sassy, she is quick to react leaving her to catch-up with whatever just left her mouth, which proves to be an issue in part 2 of the book.

George and Wrigley had an instant connection, they never held back their thoughts and desires for each other which lead them to some very heated moments together. Their sexual chemistry was never an issue for them, they put everything in and let the fireworks explode.

This was my first Lani Lynn Vale book and I feel like I have been put through the wringer, there was so much emotion and heart put into this book that I couldn’t put it down. Lani split the book into 2 parts which confused me at the start but by the end I understood why she did it. Having both George and Wrigley’s point of view was a fantastic edition to the book helping me understand what was going through both of their minds.

Quit your Pitchin’ is a great Baseball book and it is not short on drama throughout, I want to scream and bang their heads together trying to get them to see sense sometimes though, I personally enjoyed this book and that shows in that fact that I read it in 1 sitting. 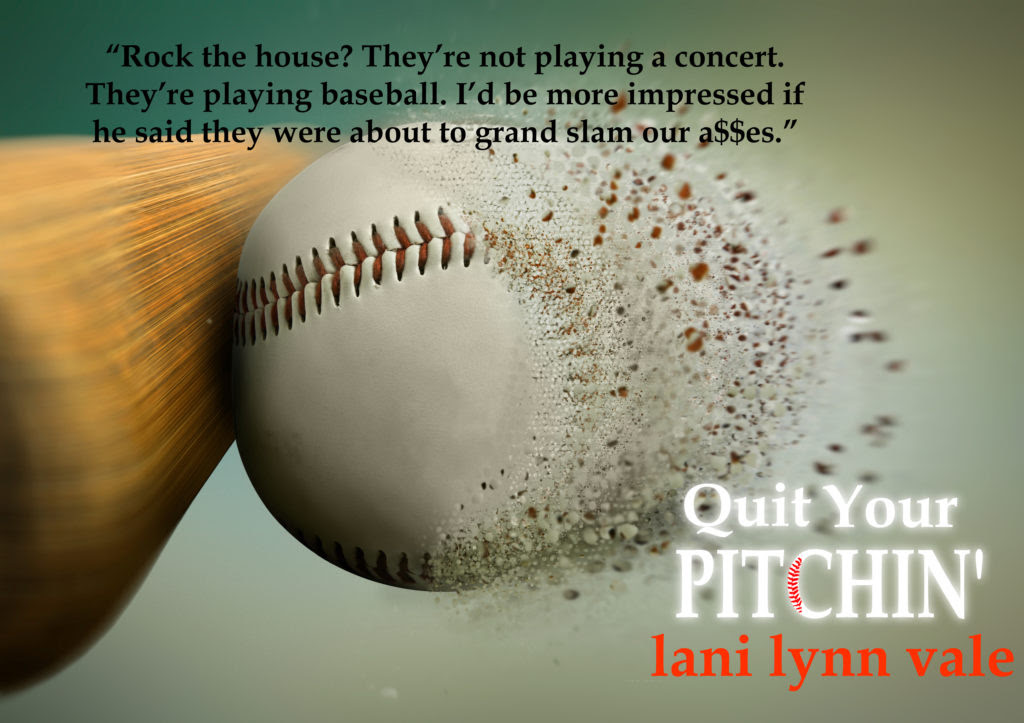