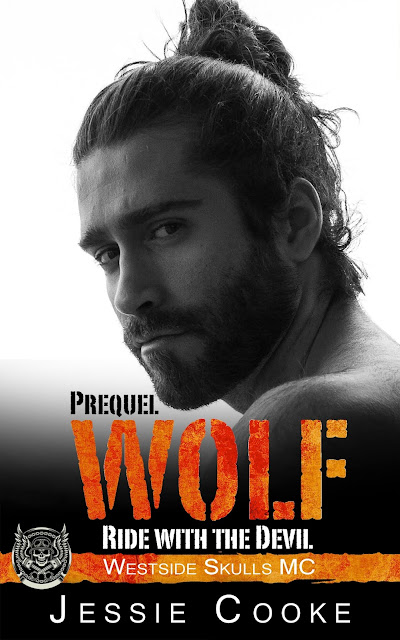 Blurb:
President of one of the most powerful MC's on the West Coast and in a relationship with a gorgeous Latina that's so hot she could melt steel, Wolf thought he had everything he ever wanted. But when a bullet rips through his window, striking the man that just put a bullet in his chest, his reality drastically changes, and nothing will ever be the same again.
Sabrina is still a teenager, but she's already been abandoned by her father, raped and abused by a man she thought she could trust...and “witness” to a murder. Now she's on a mission to find the brother she only recently discovered she had because with her mother in jail for murder, he's the only person in the world she has to turn to. The only problem with her plan is that her brother is an outlaw, the president of an MC, and has no idea that his little sister, the one he never knew existed, is about to show up on his doorstep.
Wolf thought he had it all together, but suddenly he doesn't know who he can trust. While a relationship with Dax Marshall and the Southside Skulls and Jacob “The Lion” Wright and his MMA club out of Vegas both loom in the near future, someone lurks in the shadows and wants nothing more than to see his empire crumble...preferably with Wolf getting crushed underneath it. And, while he scrambles to figure out who wants him dead...and stay alive in the process, Sabrina tries to come to terms with her own recent past. More drama develops in the midst of it all when she finds herself falling for Wolf's sergeant-at-arms, and that might just be her most dangerous endeavor yet.
Come along and let us introduce you to the West Coast counterpart to the Boston Southside Skulls. Wolf Lee might not be as cool and sophisticated as Dax Marshall...but when it comes to club business, protecting his family and loving his woman, he'll give Dax a run for his money.

A good MC novel. Wolf is a good novel. This book is a quick read, but has plenty of action. This story has a lot of heat and action, but I was missing the romance that I normally find in these novels.
If you like a story with a lot of action and heat then this book will be for you.

I liked the idea of this book. The president of an MC finds out that he has a long lost sister. Add in the drama of his own club’s life and I knew there would be plenty of action. I actually really liked this plot. I wanted to see where it would go. With that being said, I was disappointed in the ending. I expected a little more and was disappointed in what I was given. I did enjoy the book though.

The characters in this book are dynamic. Instead of only having two main characters, I felt there were really three. Sabrina was a breath of fresh air. She added lightness to this story that it needed. That is big considering the story she has hiding behind her eyes. Then you have the MC president, Wolf. He is such a strong character with many layers. I really liked his character and I liked how he responded to Sabrina, his long lost sister. Then you have Bruf. I knew I was going to like him when we first meet him. He is strong and loyal which is amazing. I liked his interactions with the others, especially Sabrina.

The heat in this book is high. I actually felt at times it was a bit much. With that being said, it was good. The author did a good job heating up the pages with Wolf and his old lady. Some of the scenes were hotter than I even imagined. This was a good aspect of the book.

The writing style of this book is where I had the most issues. The pace of the book was steady and I enjoyed the characters. The issues I have with it are the point of views. We read this story from 3 point of views and there is no real distinction between them. At times, I became confused. Other than that, I thought it was a good book.

Overall, this was a good book. I am giving it 4 stars because I really liked the story even if I had issues with some parts of it. I would recommend this book to others who like their heat dirty and the men rough. This would be a good story for them. 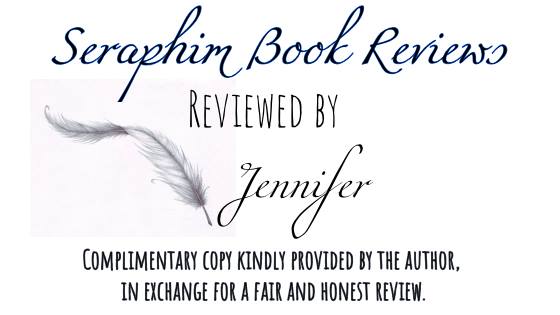 
Wolf felt a sting and a burn and then excruciating pain before his brain even registered the noise, or the presence of someone else in the room. Amara was still screaming, but it wasn’t a scream of ecstasy, it was one of terror. Wolf’s first instinct was to protect her. He dropped his big body down on top of her. His mind was racing. His gun was on the dresser but he’d have to leave her completely exposed to get to it, and if the gunman was still in the room... He heard a noise and as he pulled his head up his brain registered two things...one, there was blood everywhere and the didn’t know if it was his or Amara’s, and two, the man was now standing on the other side of the bed. His back was to glass doors and his gun was leveled at Wolf’s head. Wolf decided in that second that if he was dying today, he was taking as much of that punk as he could with him. He pushed up and forward, lunging off the bed at almost the same time as another shot shook the walls and the glass doors shattered. Amara was still screaming, and Wolf found himself lying outside then, on top of the man with the gun, with glass all around, on top and underneath them. He looked up and saw his sergeant-at-arms rushing toward him. He had a gun in each hand and Wolf wondered why, just before his world faded to black.